David Harman was born in Bryan (Ohio, USA) in a rural town in the state’s northwest corner; Harman won a scholarship to play football at Ohio State University under legendary coach Woody Hayes. David Harman‘s first introduction to golf course construction was through a summer job with Nicklaus Design in the late 1970s. When  the six foot six inch tall, three hundred pound David Harman injured his knee, he realized his dream of playing for Woody Hayes at The Ohio State University was over. Harman continued to work for Nicklaus during summers and after graduation and started his own course-building company in 1980 (Golf Course Consultants), doing the bulk of his work for the legendary golfer Arnold Palmer; He met his wife, Kathy, in 1984 while he was working with Palmer on the Isleworth course layout and construction. 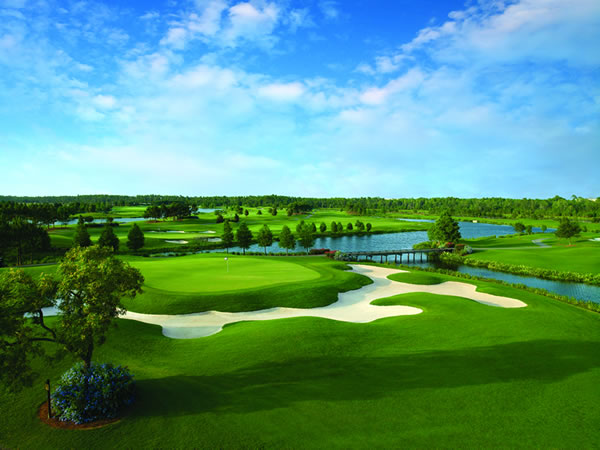 For over twenty years, he constructed golf courses for such noted architects as Jack Nicklaus, Pete Dye, Tom Fazio and Arnold Palmer. He was actively involved in bringing those designs to life in the field. His long experience of constructing over 150 golf courses worldwide had given him valuable insight for design criteria and successful project planning.

A lefty who played right-handed, Harman moved on to his next project once grass sprouted on one of his fairways, leaving him little time to perfect his swing. Harman shot only one hole-in-one in his lifetime, during a round with the legendary Sam Snead after the launch of the restaurant chain bearing the golfer’s name.

His designs include courses like the Magnolia Plantation Golf Club, the Red Tail Golf Club, the Orange County National Golf Center and the Shingle Creek Golf Course all in Florida, USA. His masterpiece was designed on the other side of the world the amazing Kauri Cliffs in Matauri Bay, New Zealand; David Harman devoted two years of his life to the design and construction of Kauri Cliffs, which opened in February, 2000. Sadly, David Harman developed throat cancer after Kauri Cliffs opened and passed away December 28th, 2007 at the age of fifty-one.  The golf world will never know what else he had to offer.

This plaque hangs on a tree to the right of the fourteenth tee at Kauri Cliffs Golf Course in tribute to David Harman. 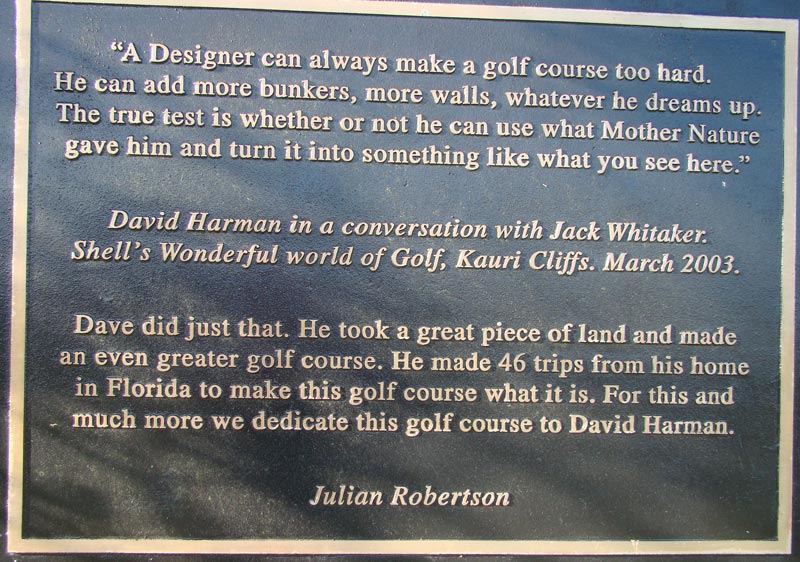 A legend in the field of landscape architecture, Cabell B Robinson, has created some...