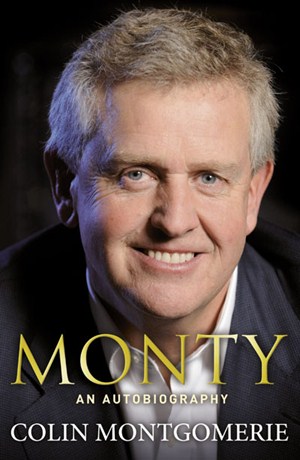 Colin Montgomerie is a golfing legend. Ranked Europe’s number-one for an unparalleled seven years in a row, he is equally renowned as a player of great passion. The son of a keen Scottish golfing family, Colin was already showing his prodigious talent as a young boy. After completing his education in America, where he benefited from a golf scholarship, Colin turned professional in 1987, beginning a truly remarkable career.

Even with more than forty international tournament victories and eight European Order of Merit titles to his name, Monty is perhaps best known for his amazing contributions to the European Ryder Cup team, eight times as a player, winning five times and undefeated in singles, and most recently as a victorious European Ryder Cup captain, amid unforgettable scenes at Celtic Manor in October 2010.

Montgomerie’s autobiography is the story of both a fantastic talent and a complex personality, and of a golfer who remains determined to add to his already impressive achievements.

It is a book about one of the greatest golfing characters in the world trying to achieve a personal and professional balance. And it is about a true hero of the Ryder Cup.

Born in Glasgow in 1963, Colin Montgomerie has been one of the outstanding golfers of his generation. He has eight European Order of Merit titles to his name, and he has earned more prize money than any other British golfer in history. In eight Ryder Cup matches, he was never beaten in a singles contest, and he was on the winning side five times. He also captained the team to a famous victory at Celtic Manor in 2010.

This charming giftbook is a must-have for all armchair and fairway golf enthusiasts. Packed...