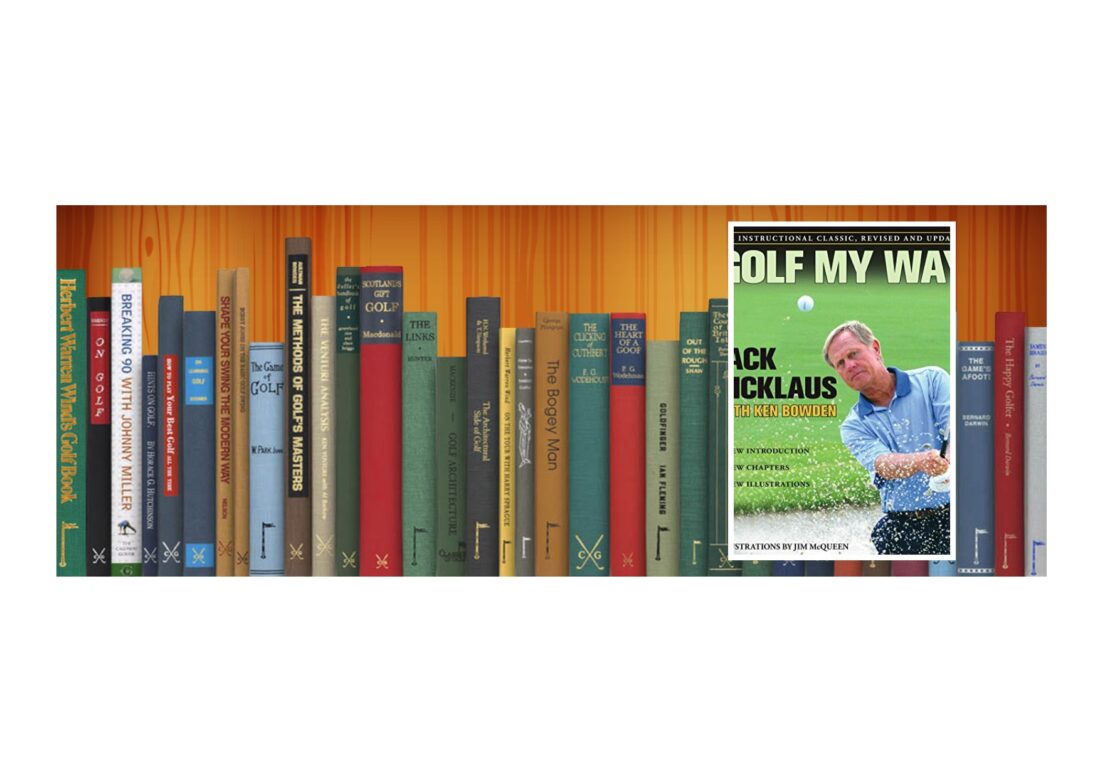 Hailed as a classic and read everywhere golf is played, “Golf My Way” has sold more than 2 million copies worldwide since it was first published in 1974.

Finally, Jack Nicklaus, golf’s leading master, definitively covers the whole of his game through a lifetime of greatness. Golf My Way presents an all-inclusive, A-to-Z explanation of how this greatest of champions thinks about and plays the game.

Jack Nicklaus was born in 1940 in Columbus, Ohio, and maintains a home there and in Florida. Widely regarded as the greatest golfer of all time, he has achieved a record twenty major championship victories, consisting of two U.S. Amateurs, six Masters (also a record), four U.S. Opens, three British Opens, and five PGA Championships. The winner of more than 100 professional tournaments around the world, Nicklaus was named Golfer of the Century in 1988.

Ken Bowden was the editorial director of both Europe’s and America’s premier golf magazines, and has collaborated with Nicklaus on eleven books. Since first watching Nicklaus compete in 1959, Bowden has witnessed a great many of Jack’s achievements first-hand.

The record for the longest golf drive has stood unbeaten for 35 years and...