The Royal Porthcawl Golf Club is a golf club in Wales in the United Kingdom, located north of Porthcawl and bordering the Bristol Channel.

The club has hosted many prestigious tournaments including The Amateur Championship on six occasions, the Walker Cup in 1995, the Curtis Cup in 1964, the British Masters in 1961, and European Tour event, the Welsh Golf Classic in the early 1980s. In March 2010 it hosted the University Golf Match, contested between Oxford and Cambridge universities, with Oxford winning 9-6 over Cambridge. It is scheduled to host the Senior Open Championship for the first time in 2014. 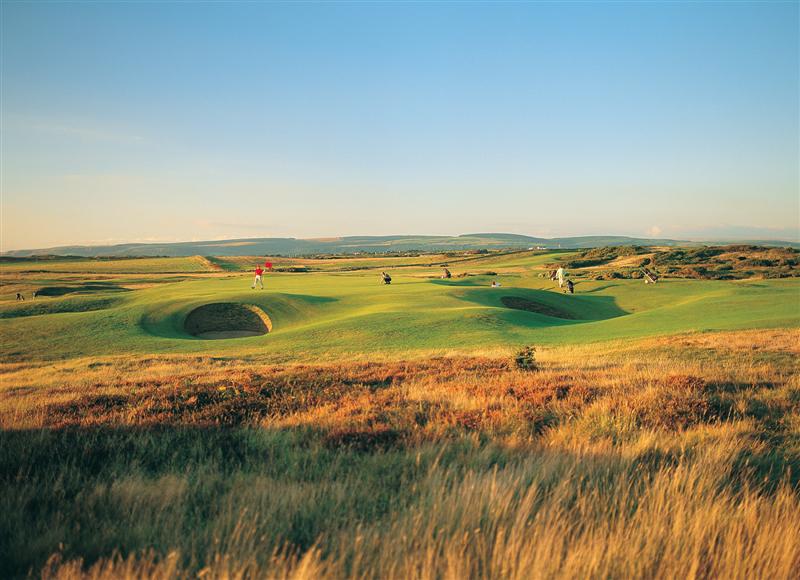 The course is itself very reminiscent of Muirfield with cross bunkers on 12 that immediately conjure up the 17th on that great Scottish links. Royal Porthcawl is so tough that it “tamed the Tiger.” Mr. Woods and his USA Walker Cup team in the matches of 1995. In this event, won by the British and Irish squad, he and his US mates did not cope well with the blustery and stormy conditions, allowing Great Britain & Ireland to gain a famous and well-earned victory. The match was decided on 18, one of the great finishers in Britain. 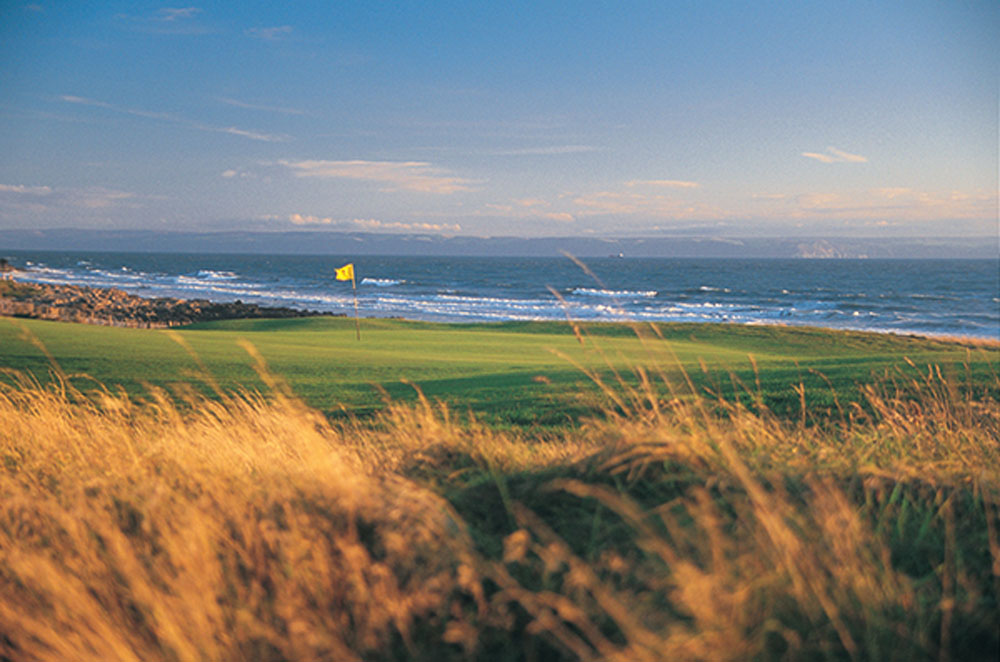 It crosses over the first fairway and heads straight for the sea, with the green hard by the beach and with a true Valley-of-Sin type no-man’s-land between the landing area and the green. His length advantage nullifed by this cross-hazard, Woods’ approach shot on the final day, a 4-iron that covered the flag, flew the green and ended up in deep rough behind, leading to a key GB&I point. Every hole at Royal Porthcawl provides a view of the sea, but our favourite aspect of Royal Porthcawl is the ability to stay right at the club itself, in one of the most comfortable club dormys in Britain, each room ensuite with television, perfectly located for a few days of golf on Wales’ most famous course!

“If I were playing as a lefty, I would certainly read this book carefully...