The Kildare Club Golf Resort (abbreviated The K Club) is situated approximately forty minutes from Dublin City, the K Club’s two golf courses are considered to be two of Europe’s finest Championship Courses and both The Palmer Ryder Cup Course and The Palmer Smurfit Course were designed by Arnold Palmer and is where the 2006 Ryder Cup was held which adds a unique statement to the event.

The Ryder Cup Gallery in The Palmer Clubhouse relives that special day in 2006 and is where you can spot the USA Presidents and Sports Stars on show.

The K Club is a must for any golfer embarking on an Irish golf break. For those who enjoy a challenge, the Palmer Course has been tipped by many as the most difficult inland layout on the Emerald Isle.

The Palmer Course will always be the draw. The marketing tool to “play where the pros play” resonates with everyday players. “It is great to play a hole you see on TV,” said William Stewart, a Northern Ireland resident traveling with Marshall’s group. “You can’t go to Wembley Stadium and kick a goal, but you can play a Ryder Cup course.” 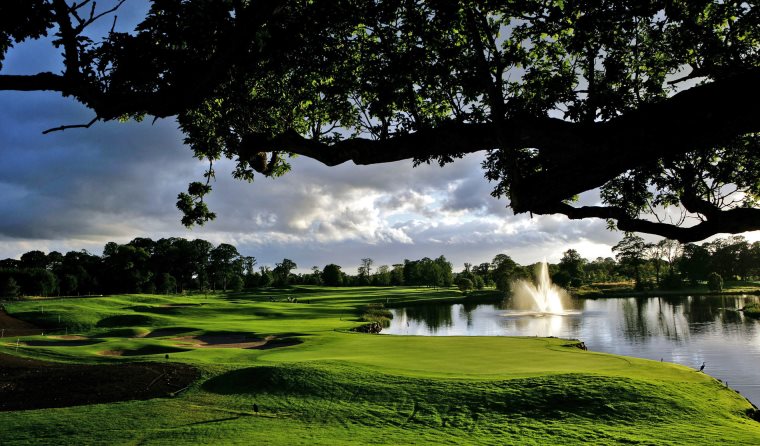 The River Liffey creates much of the dramatic theater on the 7,350-yard Palmer Course. Water comes into play on 14 holes. An overriding theme defines every par 4: Your reward for a good drive is a white-knuckle approach. The second shots at No. 1, No. 6 and No. 7 must carry water. More water hazards flank the greens at No. 11 and No. 13. Any par-3 tee shot can get wet. 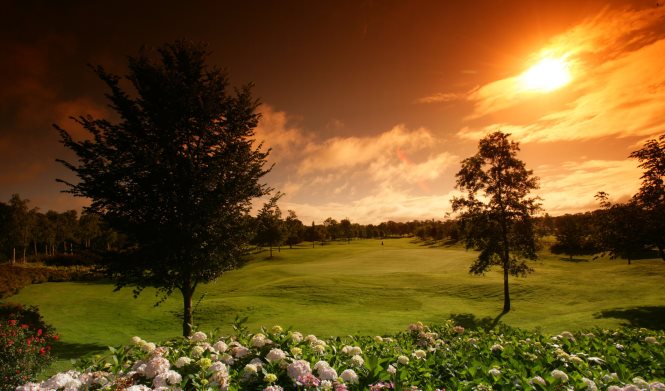 The finishing stretch snakes along the River Liffey. The river isolates the narrow green from the fairway at the 570-yard 16th, demanding precision on the second or third shot. The shape of the fairway and river creates the “Half Moon” curves of the short, tight, par-4 17th. A lake and four bunkers pinch the 18th green in the shadow of the clubhouse. 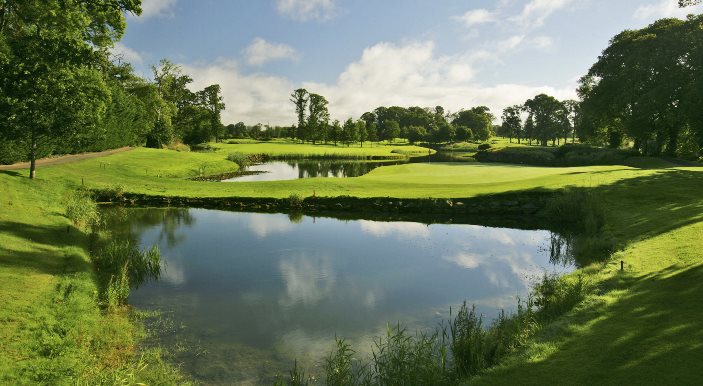 Dublin resident Gary McCluskey said it is always a treat to walk these hallowed grounds. “It is a challenging course, but it can be forgiving,” he said. “There is not deep rough, but it gets progressively harder. It is still respected and revered. It still has the same aura of the Ryder Cup.”

Most secondary resort courses play second fiddle, but the 7,277-yard Smurfit Course doesn’t taste like leftovers. It hosted 13 Smurfit European Opens from 1995-2007. The pros can attest that the Palmer-designed Smurfit plays several shots tougher than the older Ryder Cup course. Water, gorse and large bunkers with extended fingers can mess up a scorecard, especially on the back nine.

The Smurfit signature is the par 5s. The 603-yard third starts off with a blind tee shot more common on a links than a parkland course. The seventh is the prettiest hole on the property, even if it is a bit manufactured. The “Swallow Quarry,” where 60-foot rock walls rise out of a lake, guards the entire right side. The man-made rock face was conceived by K Club co-owner, Dr. Michael Smurfit, and brought to life by the “Jurassic Park” set designers. 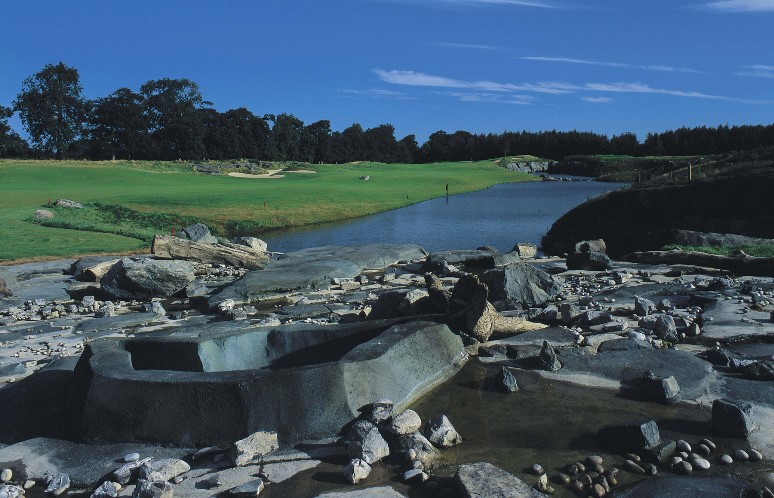 A monster par 5 of 578 yards finishes the round by bending left along a lake toward Swan Island, an island green.