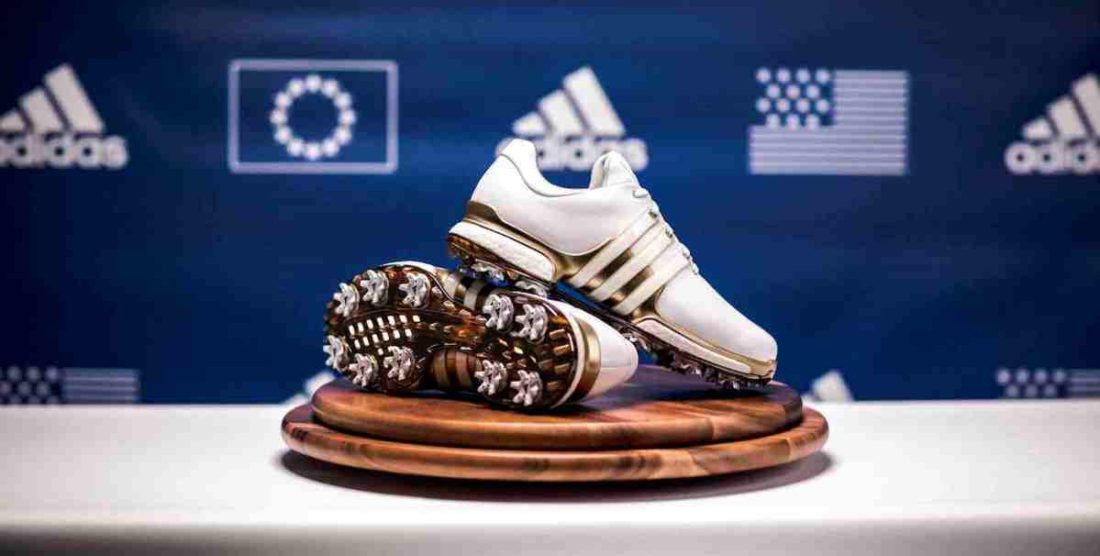 Ahead of Ryder Cup (shared from GolfPunk) 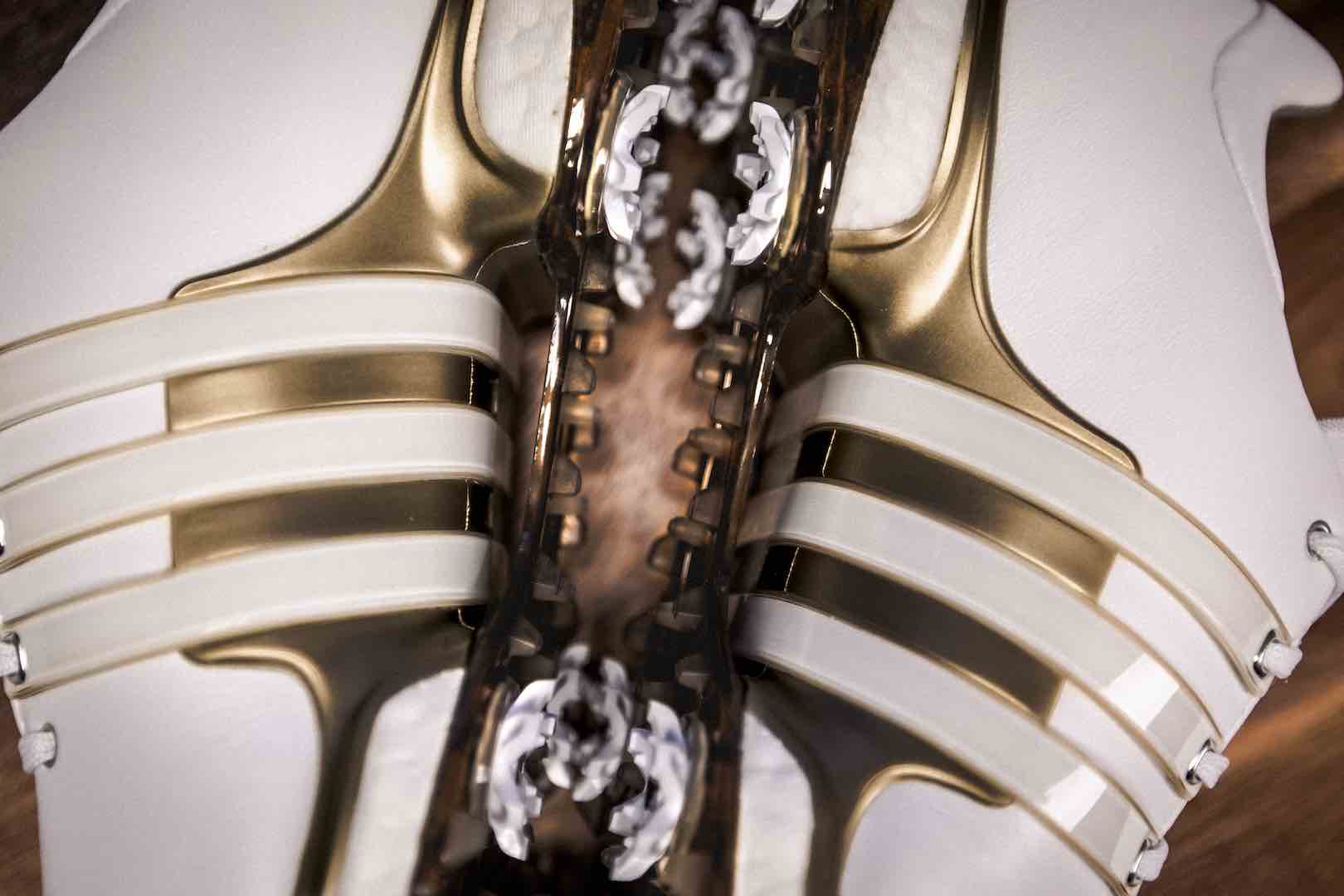 Golf’s ultimate team competition is nearly here. Today, adidas Golf is celebrating the tradition, history and pride that embodies the Ryder Cup by unveiling a limited-edition version of the TOUR360. The exclusive footwear available Monday 24th September, is inspired by the iconic trophy that has changed hands between teams from the Europe and United States for more than 90 years.

Similar to the coveted trophy, the 10-cleated TPU outsole takes on the appearance of the wood grain finish found on the base. Moving up the shoe past the BOOST™ technology, the TPU top plate that wraps around the wearer’s foot to provide support through the golf swing features a shiny gold colorway, a subtle nod to the top of the age-old trophy. 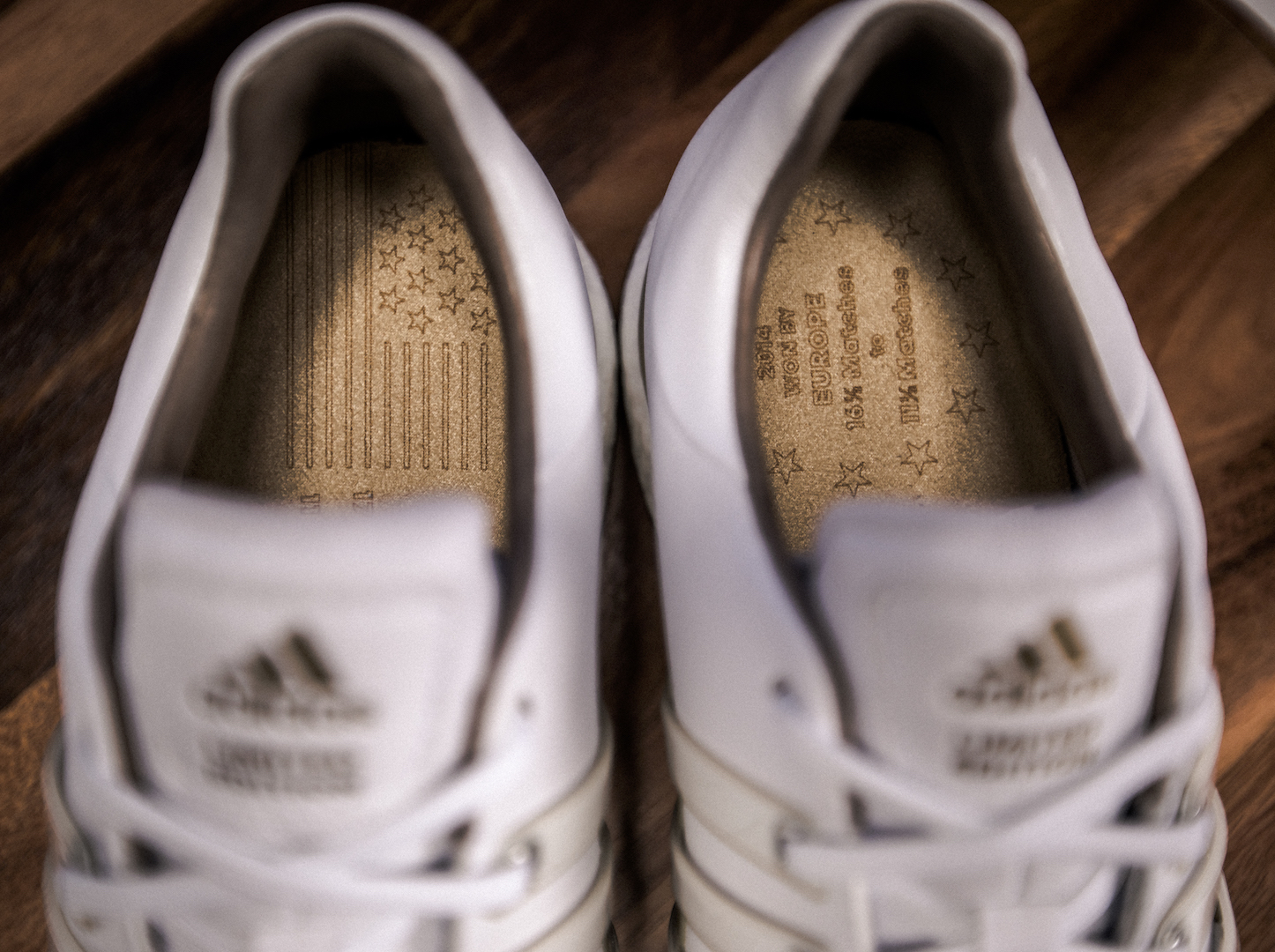 Those lucky enough to get a pair will also have the option to choose which team they want to support when wearing the shoes. Like the results that adorn the base of the Ryder Cup, the limited editions come with two sockliner options that feature the results from both teams since 1979. 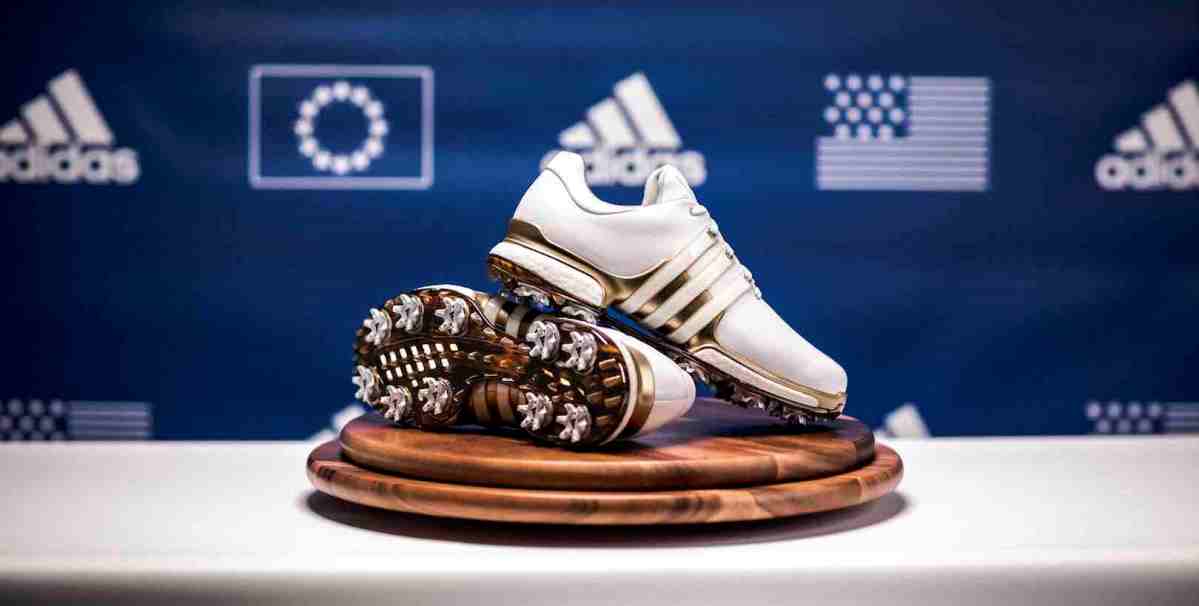 “We know how much the Ryder Cup means to fans all over the world,” said Masun Denison, global footwear director, adidas Golf. “It’s such a unique and recognizable trophy that we wanted to somehow capture that in a shoe; while still giving fans the opportunity to represent their team on the course. We’re proud of this one because we could accomplish both.”

The shoes will also come with a limited-edition shoe bag and are available online at adidas.com, Ryder Cup shop online and the Ryder Cup Merchandise tent at Le Golf Nationale from the 24th September.

The J.Lindeberg Slater belt has started a trend in golf that seems to have...

For Spring Summer 2017 – (Shared from GolfPunk) PUMA Golf has introduced its new...