Situated in Nueva Andalucía, Spain Aloha Golf course is characterized by varied vegetation all around, designed by Javier Arana, one of the most prestigious designers of Spanish golf courses. It happened that Aloha was the last project of Javier Arana as he died in 1975, just as the course was about completed so it can be considered his posthumous work.

Aloha is one of the most brilliant courses and with the best balanced design that a golf player may find in Spain. It has 5 long holes (1st, 4th, 10th 13th and 18th) where the strength and precision become essential. The high number of trees and obstacles rightly placed, the rough that complicates the stroke to the fairway and the peculiar greens, that are fast and uneven, allow the most skilled and strategian players get high performance of their game. 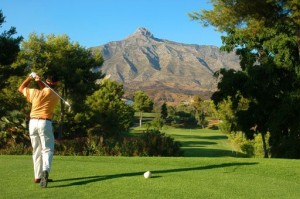 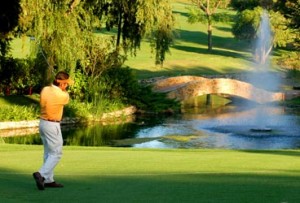 The mountains offer a view of eagles and is best seen from the eleventh hole named “Las Aguilas” (The eagles) while the twelfth due to its difficulty level is termed as “Cuidiao” (be careful). The “El Algarrobo” (Carob tree) comprises of the thirteenth hole while the view from the fourteenth tee inspired the name of “Curlucho”. The fifteenth hole is on an ancient track to Camino Ronda, a town uphill. After mountains and lakes and eagles, its time to celebrate and hum a tune at the sixteenth tee for “Cancionero” implies a merry singing mood! From the seventeenth “Obelix” to the last named “Vistos” describing the excellent view of the Aloha golf club.

The stamp of the designer Javier Arana is reflected not only in the splendid design, but also in the right selection of trees and plants on the course, that were planted in a sequence which allowed them to blossom at differing times ensuring blossom throughout the year.

Inaugurated in 1985 Vall D’Or was originally a nine-hole course, designed by Bill Bendy.... 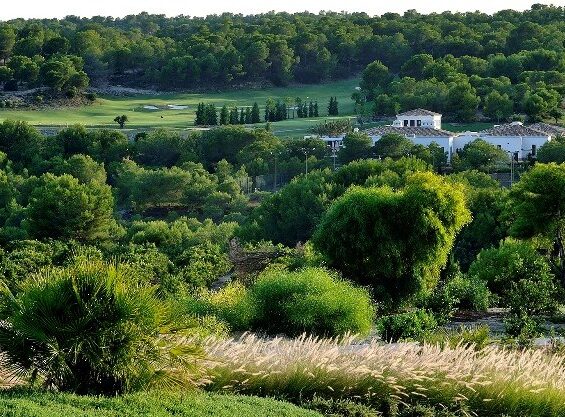