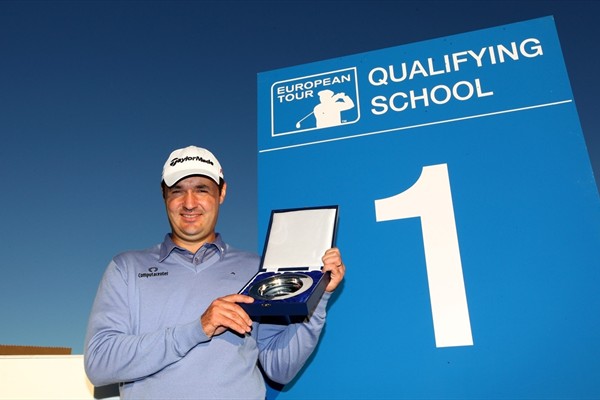 The European Tour Qualifying School will this year incorporate five new venues in Austria, England, France and Spain, including The London Golf Club, a member of the Tour’s Properties Portfolio where The European Open was played in 2008 and 2009.

The International Course, an inland links-style layout in Kent, England, is joined on the Schedule by another English course, Wychwood Park in Crewe, as well as fellow newcomers Barbaroux Golf Club in Brignoles, France, Ebreichsdorf Golf Club in Vienna, Austria, and El Valle Golf Resort Polaris World in Murcia, Spain.

The quest to secure one of at least 30 European Tour cards gets underway from August 31-September 3, when The London Golf Club and the returning Ribagolfe in Portugal host the First Stage-Section A.

Both courses at Ribagolfe form part of the European Golf Design portfolio, as does another of the Tour Properties, the Neil Coles and Angel Gallardo-designed PGA Golf Catalunya Resort in Girona, Spain, where for the third year running the hundreds of hopefuls will be whittled down to the final 30 and ties at the Final Stage from December 4-9.

Spain has been a regular destination for the Qualifying School since its inception in 1976, but for the first time Austria will also feature on the Schedule when Ebreichsdorf Golf Club, located 10km south of the country’s capital, makes its debut.

The parkland course, which opened in 1988, will host the First Stage-Section B from September 7-10, one week before the Austrian Golf Open unfolds at the nearby Fontana Golf Club.

The other course being used for the First Stage-Section B is Barbaroux Golf Club, located amongst the vineyards of the Provence region. Designed by world-renowned architects Pete and Paul Dye, Barbaroux Golf Club currently hosts the ALLIANZ Finale de Barbaroux, the final event of the French domestic Tour.

Dundonald Links Golf Course in Scotland and Golf & Country Club Fleesensee in Germany – also one of the Tour Properties Portfolio designed by European Golf Design – return for the First Stage-Section C from September 14-17, one week before Circolo Golf Bogogno near Milan, Italy, and Wychwood Park play host to the First Stage-Section D.

Set on the rolling countryside of the Cheshire plains, the 7,191 yards, par 72 course at Wychwood Park should prove a welcome addition to the Qualifying School Schedule.

As with last year, the Second Stage will again be held over four courses in southern Spain: Costa Ballena Ocean Club and Arcos Gardens in Jerez, and Hacienda Del Alamo and the Jack Nicklaus-designed El Valle Golf Resort Polaris World in Murcia. Situated in the shadow of the Murcian mountains, the par 71 course at El Valle Golf Resort Polaris World should provide a visually arresting spectacle.

Mike Stewart, European Tour Qualifying School Director, said: “We are delighted to welcome a number of fantastic new venues to this year’s Qualifying Schedule, and also to return to some old favourites. I have no doubt the players will welcome the challenges posed by the new courses, which offer great variety. With the First Stage being spread over four weeks for the first time this year, the players will also have more flexibility in their choice of venues and dates.

“We’re particularly looking forward to visiting Austria for the first time, and I would like to personally thank former Challenge Tour player Niki Zitny, now Head of Sport for the Austrian Golf Association, for his efforts in bringing the event to fruition. I would also like to thank the French Golf Federation for their great help in securing Barbaroux as a venue for the First Stage.

“We had 915 entrants last year, of which 31 eventually earned their European Tour cards. So while the competition is intense, the rewards are also huge. We wish all those entering this year the best of luck.”

Check out the top 5 shots of the week from the 2019 Waste Management...

With his own distinct style and swing, Rickie Fowler feels he has finally settled...