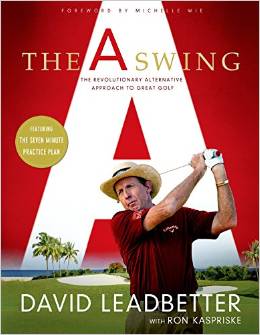 David Leadbetter’s first book in a decade helps golfers around the world finally reach their potential. The “A” stands for “alternative,” as in a new and different way to swing the club that makes it so much easier to consistently hit good golf shots. David has taken his 30-plus years of teaching experience, working with players of all abilities including the best who have ever played the game, and developed a more efficient and effective way to hit good shots with minimal practice. In essence, it’s a shortcut to good golf.

The genius behind the A Swing is that golfers will consistently play well after only a short series of seven-minute practice sessions. The A Swing doesn’t require textbook precision in order to see improvement–just a basic understanding of the technique will synchronize the swing and have golfers repeatedly hitting solid shots. The A Swing also easily fixes many of the game’s most common faults—including the dreaded slice. It’s especially beneficial to those who have little time to play or practice, the aging golfer, and anyone who has struggled to realize their full potential.

Until now, the standard paradigm for teaching the golf swing really hasn’t changed. But the A Swing was developed on scientific principles and has been biomechanically tested to ensure it’s a viable and easier alternative. Already adopted by pros and amateurs alike–the results have been transformative.

David Leadbetter is regarded as the world’s premier golf instructor. His players have won a combined 18 major championships and six of those golfers were ranked No. 1 in the world. He operates dozens of golf academies around the globe and has authored several bestselling instruction books and videos. David writes monthly articles for the game’s leading publication—Golf Digest. He lives in Orlando, Florida.

Ron Kaspriske is a longtime editor at Golf Digest and has written five books on the game. 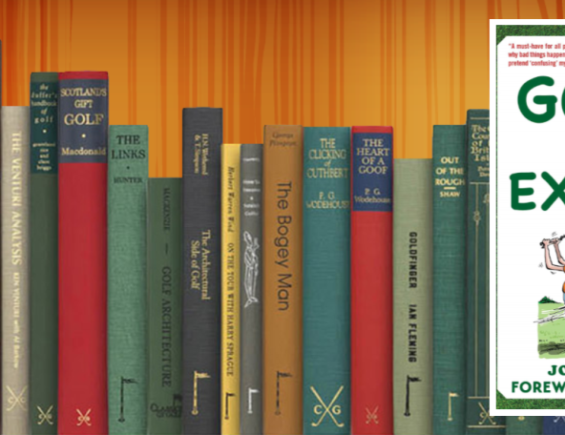 Explain away your bad shots—and have your friends laugh at the same time! In Golf’s...

You might rely on a TomTom device to get you to the course but...

Before Arnold, Jack and Tiger, there was Bobby. After winning the Grand Slam of...