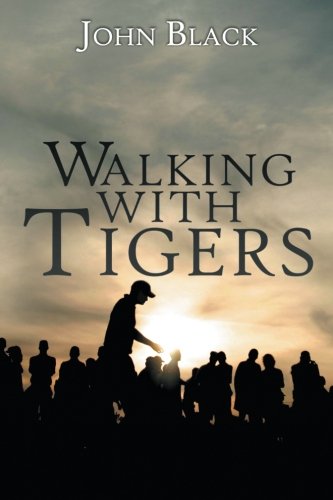 Joel Dahmen overcame the loss of his mother to cancer only to fight the dreaded disease himself. Through it all he was a survivor, and never lost sight of his dream of playing on the PGA Tour. In August 2016, Dahmen gained the right to chase the dream for real, but learned quickly that staying on the tour may be harder than getting there.

Geno Bonnalie is also a dreamer who lives life with a special zest. He believes in Joel so much that he gave up a safe and secure lifestyle to become his caddie.

Will the two young friends succeed? The odds are very much against them.

About the Author – John Black worked his way through college as a sports and general desk writer for the Lewiston Morning Tribune in his hometown of Lewiston, Idaho. He then had two successful careers as a non-profit executive in Los Angeles and a small business owner in Lewiston. Walking With Tigers is his first novel. He and his wife Marilyn recently celebrated their 5oth anniversary. They have two sons and five grandchildren.