The St. Andrews Old Course Starter’s Box was sold in a controversial international auction on September 10, 2001, the day before the infamy of the Twin Towers attack. Play Away Please recounts the glory of the little building in St. Andrews, “the Home of Golf,” and tells the tale of those who used its services for 77 continuous years. Unlike many epics, the story does not center on a rich dynasty or a heroic quest for the truth.

Instead, it centers on the production of the perfect round of golf and the global marketing of the Box—one of the most celebrated buildings in the world of sport—as a brand and an icon. The book also chronicles the suspense and notoriety that greeted the Box after its voyage from Scotland to California, by way of the Panama Canal, and the role it assumed as an emotional balm for many in the aftermath of the September 11th atrocity. Alas, nothing is as simple as it seems and miracles are rare.

The businessman who bought the Box was imprisoned before it reached Los Angeles, accused of stealing millions from the real-estate development that was to be its home. Eight years later, a happy ending was finally brought about, but only after a healthy dose of fear, suspense, and gutwrenching became a part of the story. Supplemented with exclusive photographs, Play Away Please is also a personal story of patronage and odyssey to assure the Box’s preservation as the sporting world’s consummate symbol of integrity and fair play. Along the way, the author brings to life the unforgettable local characters of Fife, celebrating their customs, lifestyle and unique command of the English language.

John Peter Hagen is the founder of the Friends of St. Andrews, which assists in the preservation and maintenance of the historic golf courses at St. Andrews. (source) 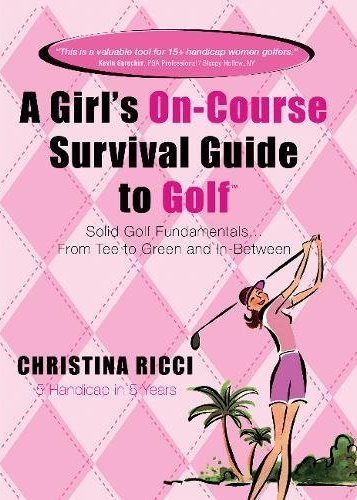 A Girl’s On-Course Survival Guide to Golf is a portable guide that addresses every detail...

Shared from GolfPunk Technology added to PXG’s designs PXG are at it again, launching...