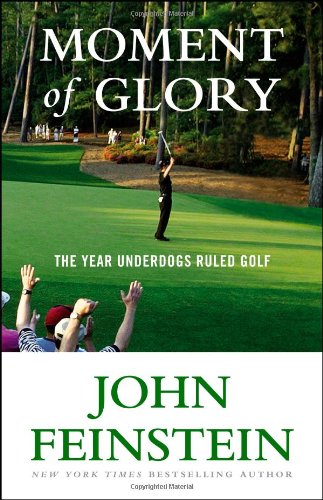 After dominating the world of golf from 2000 to 2002, Tiger Woods struggled with his game in 2003, allowing four relative unknowns to win major championships. Mike Weir triumphed in the Masters, becoming the first Canadian to win a major.

Jim Furyk emerged victorious in the U.S. Open. In the British Open, Ben Curtis became the first player since Francis Ouimet in 1913 to win while playing in his first major championship. And Shaun Micheel prevailed at the PGA Championship with the first tour victory of his career.

How does one moment of glory affect the unsung underdog for years to follow? John Feinstein chronicles the golfers’ experiences and brings his unique insights to the ways their success has changed, and haunted, their lives forever.

John Feinstein spent years on the staff at the Washington Post, as well as writing for Sports Illustrated and the National Sports Daily. He is a commentator on NPRs “Morning Edition,” a regular on ESPNs “The Sports Reporters” and a visiting professor of journalism at Duke University.His first book, A Season on the Brink, is the bestselling sports book of all time. His first book for younger readers, Last Shot, was a best-seller. (source)