This is Bad Saarow, a glamorous spa town near Berlin, where Max Schmeling rubbed shoulders with the likes of Winston Churchill and Maxim Gorki. His home course was called Golfclub Saarow-Scharmützelsee, a 9-holer dating from 1930. It was designed by Colt, Alison & Morrison and built by Bernhard von Limburger, but unfortunately did not survive the turmoils of World War II and communism.

However, in the 1990s a push to restore former glory to the area got underway. A modern golf resort was opened on the shores of beautiful Lake Scharmützel and not far from the old site. Only now there are golf holes to spare at Golf Club Bad Saarow (formerly known as Sporting Club Berlin Scharmützelsee) – 63 in total – of which Arnold Palmer laid out the first 18 in 1995 and Nick Faldo followed suit in 1997 with his first Continental European design. Sir Nick hit just about as hard as Max Schmeling, so they actually had to soften his creation somewhat to make it palatable for average golfers.

It has been part of the German Ryder Cup bid and hosted the German Open and other professional events in the past. Day-to-day it fulfils its flagship duties for the resort, although it’s not the most popular track there. That accolade belongs to the more playful and visually attractive Arnold Palmer course. The Faldo course (now named Faldo Berlin) was never meant to be pretty, it was supposed to model an austere Scottish links, and between the bunkering, the burn, the brownish rough and the absence of trees, ponds and doglegs it does make an admirable effort at looking the part.

The sand traps are its marquee feature; they are all of the same basic shape, small, round and of varying depth. With a generous spattering of these pots all over the property and the sharply defined cuts of grass, it’s an unfamiliar playing experience for the German golfer. But the mustachioed Stan Eby (the architect working with Faldo at Bad Saarow) did not go all the way, it’s still a green course and doesn’t play as firm as, for example, Faldo’s first European design at Chart Hills. However, compared to his Kentish brainchild, the more restrained bunkering in Berlin will be to the tastes of traditionalists, who probably won’t even notice that the 11th hole has fourteen pits in play.

Walkability is also an asset; few courses are easier to navigate on foot. Which is just as well, because the fairly long layout entirely passes on the categories of “reachable par 5″, “drive and pitch par 4” and “tiddler par 3”. To be fair though, there are enough medium-length holes that can entertain a bogey golfer and the maintenance as well as the service standards are high. (adapted from Top100GolfCourses)

Another Audubon Cooperative Sanctuary course, SilverTip is set before the Canadian Rockies and in... 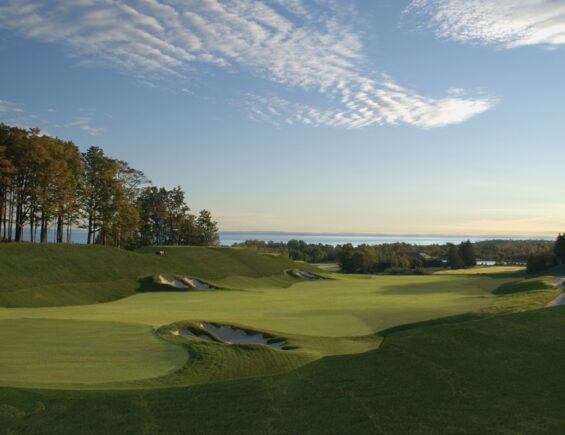 The design mandate from the Club’s owners was to provide a Member friendly, playable... 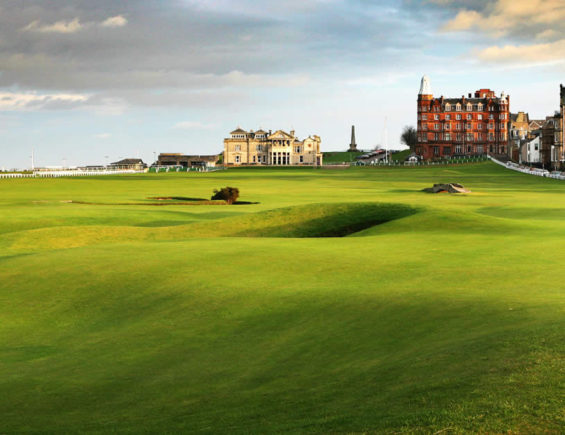 At the Home of Golf – St. Andrews Links, follow in the footsteps of...