In the middle of an eternal war, there are people trying to save Kabul Golf Club. The course opened in 1967, only with 6 holes, during the kingdom of Mohammed Zahir Shah, the last king of Afghanistan. 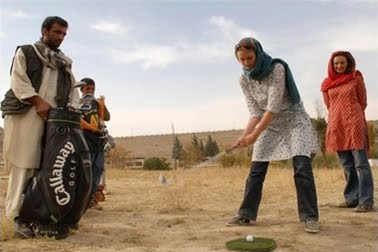 When the Soviets invaded the country used the course to park their tanks on the 7th hole and turned the course into a military base.

Later comes the Taliban regime and banned the sports in Afghanistan.

And finally in 2001, US Army arrived and the course was used as an area for training the military in the fine art of land mine removal.

During these 30 years it has undergone several changes, open and close many times due to the different wars. 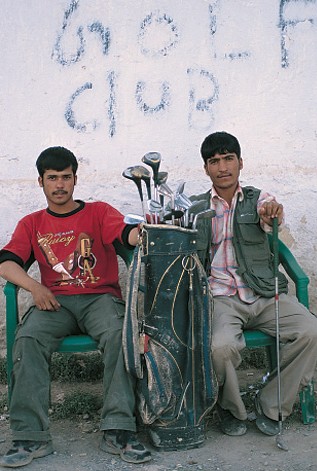 Kabul GC used to be a green place, filled with golfers, but no more.

Today, it is barren, with oil greens, and is hardly impossible to differentiate from the surrounding countryside.

The “greens” are black and the fairways a sandy brown scattered with rocks and the detritus that the war brings.

Mohammed Abdul worked in Kabul Golf Club more than 30 years ago, when he was 10 years old.
Back then, he was a caddy.
Today he is the head pro, and does everything that he can do to make the course a better place, which is to say keep it a golf course at all.

Perched on a small hill in Coloane Island amidst cliffs and flora and fauna...

Oitavos Dunes, located in the Sintra-Cascais National Park, close to the Guincho beach and...