The luxury resort of Lemuria in the Seychelles derives its name from a mythical “lost land” of the same name that was meant to exist somewhere in the Indian Ocean. Over a hundred suites and villas are laid out along the shoreline of the property between Small Kerlan Cove and Grand Kerlan Cove with the golf course located immediately behind.

Rodney Wright, who for many years was part of a successful partnership with Robin Nelson, working on Pacific projects, constructed this golfing paradise along with Marc Antoine Farry, the former European Tour professional and the 6,105-yard, par 70 Lemuria opened for play in 2000.

The opening twelve holes are routed over relatively flat terrain where the palm-fringed fairways flirt with water hazards on a number of occasions. The final six holes rise and fall over a densely wooded hilly landscape that contains the signature hole on the scorecard; the short par three 15th, where the golf ball drops over 150 feet from tee to green below. 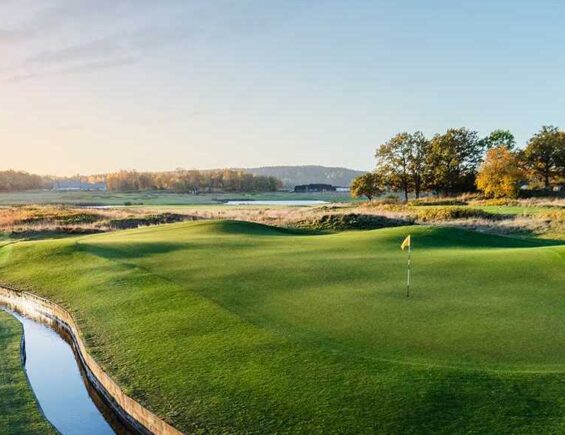 Martin Hawtree’s Vallda Golf & Country Club was charged with designing the layout, which...

Berwick upon Tweed Golf Club is home to the Goswick Links, a course that...