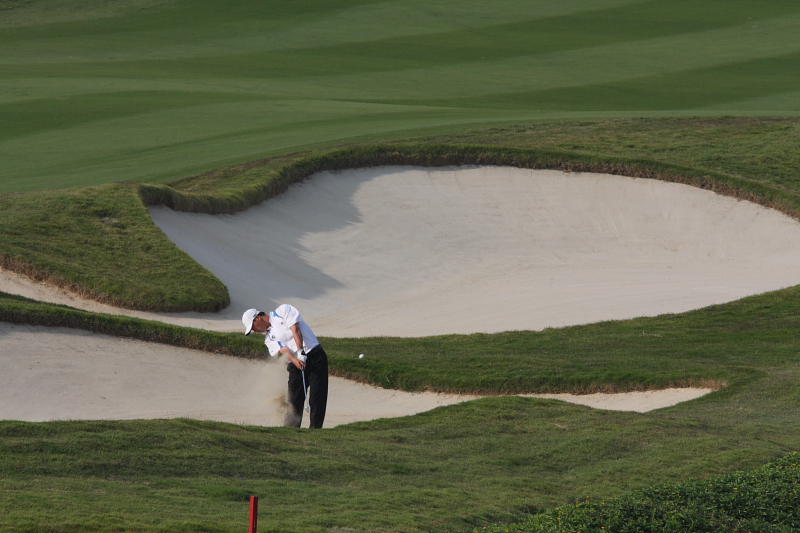 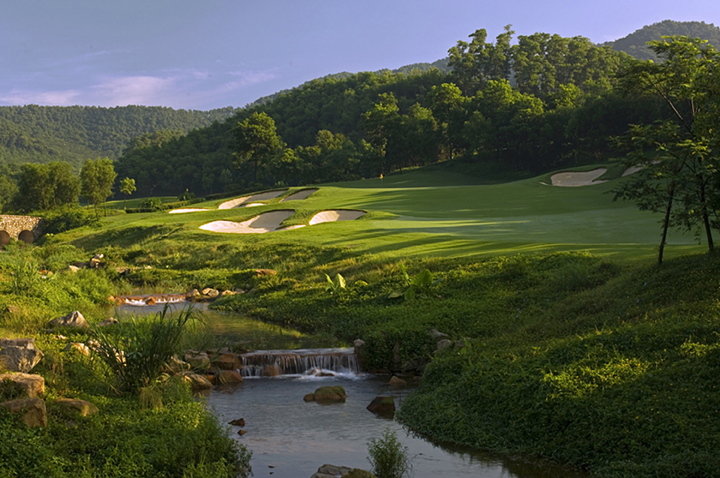 The signature square tees, along with undulating concave paspalum fairways, are two distinguishing features of this true championship course. Sand bunkers contain numerous contoured fingers, thick grassy vertical lips and deep ‘bowled’ bottoms, which are sure to attract the attention of golfers as each shot is played. Golfers will often be faced with an option on how to play each hole – take the safe and conservative route, or the risk/reward route that may result in anything from an eagle to a double bogey.

The Designer – Jose Maria Olazabal’s professional career is full of color. After winning the U.S. Masters in 1994, he had to stay in a wheelchair because of surgeries. In these two years, he spent a lot of time and energy on researching course design. His strong will and perseverance finally brought him back and he won the Celebrity Tournament the second time. He is considered one of the best sand players in the history of golf.

Ozaki Course – Ozaki Course (Jumbo Ozaki), takes advantage of dramatic terrain to form ‘corridor holes’ that test all golfing skills. The Ozaki Course takes advantage of dramatic terrain by playing largely through single corridor valleys offering elevated tees and fairways surrounded by native slopes. Like the Faldo Course, the intent was to leave as much native vegetation as possible to create a mature look when the course opened. Large areas of turf and wide fairways, punctuated by strategic bunkering, contrast with tall slopes of native plants and trees. Dramatic long views into valley corridors, often including serene lakes, give the golfer a feeling of being surrounded by nature. 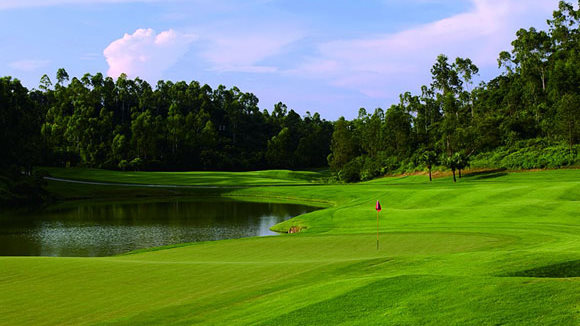 The Course begins with a long par-four and soon begins to offer varieties of dramatic holes carved through vegetated hillside. The course ends with the tee shot on 18 lined up at the impressive hotel/clubhouse framed between two mountain peaks. The Par 5 ends at a double green (shared with #9) set above a lake and in front of a backdrop of a towering exposed rock face carved out of the hillside. A dramatic finish to a dramatic course! 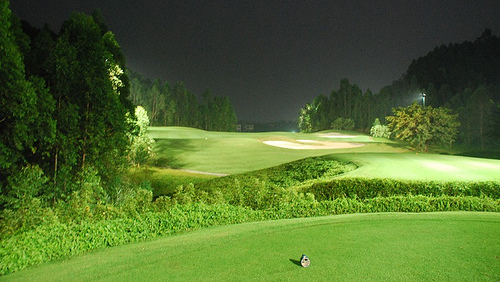 The Designer – Jumbo Ozaki is the first Japanese player to bring Japanese golf to the international stage. In his home country, he is called “Superman” by those who appreciate his 113 championships that made Japanese golfing history.

Dye Course – Officially opened on August 1, 2007, Pete Dye course is the first design of this renowned golf course architect in China. The style of Pete Dye’s course is instantly recognizable and many of the trademark design philosophies and visuals associated with his past works have been expertly blended into his Mission Hills Course. Among the main challenges are railroad ties, large sandy waste bunkers, small and devilish pot-bunkers, wild and undulating greens and deep/steep bunkering. A golf-only property, this exquisite Dye design is destined to become one of China’s most admired courses. 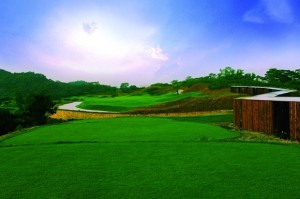 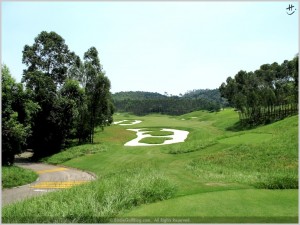 The Designer – American Pete Dye is widely regarded as one of the most influential golf course architects of all time. He has no fewer than 10 of his courses ranked in the list of America’s Top 100. Furthermore, his courses have hosted more US PGA Tour events than any other designers.

Vijay Course – Vijay Course (Vijay Singh), a unique course presenting players a visual image. Vijay Singh introduces a 150-yard beach bunker – a visually striking feature in which great stretches of sand run along, and right down, into the water. Moreover, he skillfully incorporates the Pebble Beach 18th hole design into the course, which makes the course the most spectacular in Asia. The Vijay Course is a unique, dramatic course and offers players visual images that China has never seen. 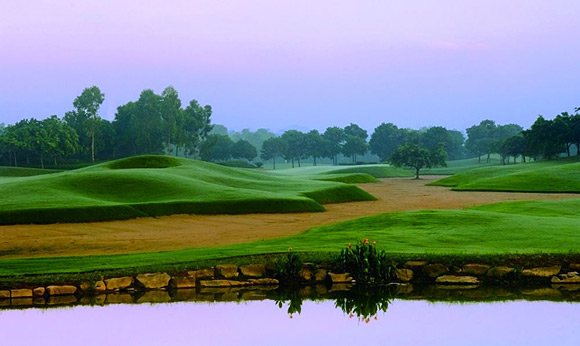 The Designer – Vijay Singh won the US Masters in 2000 and spoiled Tiger Woods’ dream of full dominance in that year. And in 2004, Vijay finally surpassed Tiger Woods to become ranked as the number 1 golf player in the world.

Zhang Lian Wei Course – If you are looking for something different, then the Zhang Lian Wei Course is for you. An 18-hole par-three courses that measures 2,393 yards, it’s the first of its kind in China and is certain to prove popular with players of all abilities. The layout incorporates different design concepts from the history of golf, with a wide range of green styles and water hazards creating a departure from the norm.

The Designer – Credited by many as the man who has done a lot to place China on the international golfing map, Zhang Lianwei has been the undisputed number one player in China for decades. Among his memorable feats were winning the 2003 Singapore Masters and being invited as the first Chinese player to compete in the U.S. Masters.

“America has Augusta and Pine Valley … and now Scotland and the world have...

The golf course at the Legends Golf & Safari Resort in South Africa is...