Set at 1,200ft above sea level and enjoying a cool climate with a captivating and breath taking view of the Malarayat mountain range, Mount Malarayat is a 27-hole championship golf-course, designed by the internationally-renowned J. Michael Poellet Design Group. The severe tiering of the greens is a major feature of the Mount Malarayat golf course.

There are not just single, but double and triple tiers and sometimes the tiers work sideways rather than head-on. On the par three 8th of the Mount Lobo nine, the middle tier of this three-tiered green lies several feet below the front and back tiers, which are level with one another.

From the tee it appears that there is a chasm in the middle of the green and the tiering works to reduce the size of the green by two-thirds, a great example of how contour and slope can be used as a hazard even within the confines of a putting surface. This is not the only unusual golf hole; earlier in the nine there is a par three where you play between a lake and a hill to a green so long as to permit multiple club differences. 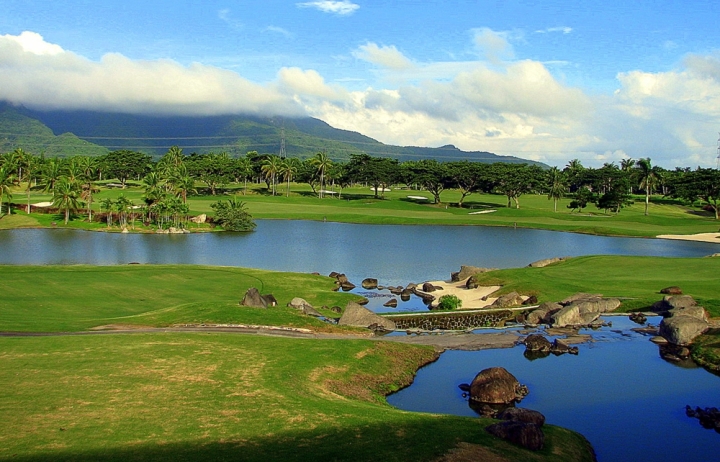 Also worth mentioning are the bunker settings. The bunkers are laid out creatively. Some fill the conventional purpose of protecting the greens and fairways, others have a more general aesthetic role. The architects have worked in plenty of variation in the arrangements of the bunkers – we see cross bunkering as well as more linear arrangements. This is a good driving course but first time players are well advised to pay attention to the caddy’s tips. 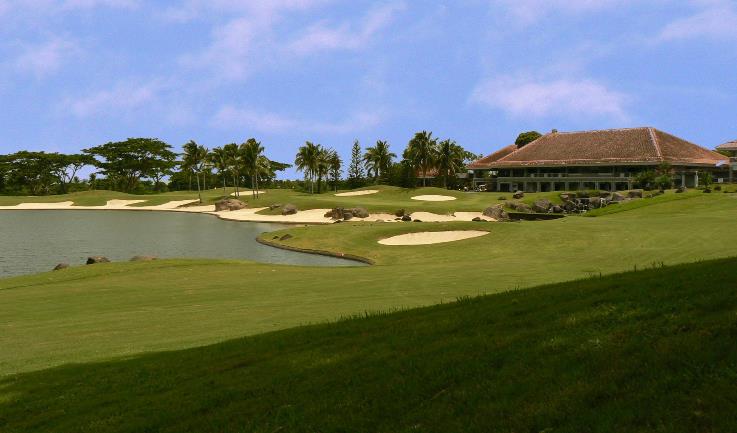 The two most striking holes on the course are the 7th on the Mount Makulot nine and the 9th on the Mount Lobo nine. The 7th on the Makulot 9 is somewhat famous as it features in Golf Digest’s Best 500 Holes in the World. You drive downhill to a well-bunkered fairway that verges left to right. Once you round the gentle corner which is framed by brown rushes, the lake and green come into view. Even from a good drive the option to take on the green is an ambitious one. A conservative second, though, needs to be threaded to avoid bunkers.

The 9th on the Lobo is a more angled hole, effectively a double dogleg – a left-right, right-left configuration. The impulse to take on the corner from the tee is interfered with by a well-located tree with broad and gathering boughs. Most will choose to play toward the directional bunker. Once again the straight shot to a green protected by water, sand and rocks is a very ambitious option. That said, even from the ideal approach area the third shot is no pushover. From the fairway below, the green appears very narrow. This green is located in front of the clubhouse so is the ideal finishing hole. As such the designers have attempted to incorporate a sense of occasion with the sculptured rock garden and waterfall. 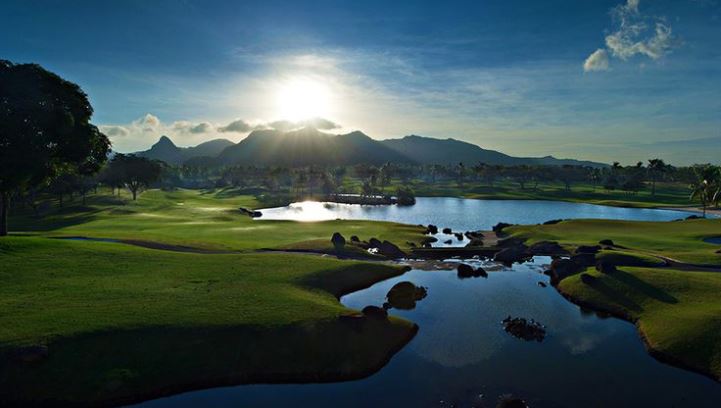 While Mount Malarayat golf course is quite a long way from Manila for a day trip, you are unlikely to experience the congestion common to the country clubs closer to Manila, and the environment is very pleasant. Carts are optional which is a good thing as this is a very nice course to walk.

Pinheiros Altos Golf Course located within the Quinta do Lago estate in the Algarve,...

One of Sweden’s oldest golf clubs, Falsterbo was founded in 1909 in a small... 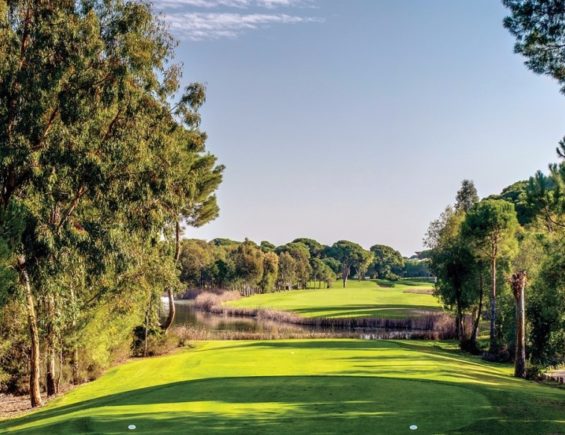 Offers an exceptional blend of harmony and quality peculiar to the best golf clubs...