A new golf course designed by Dave Sampson of European Golf Design has opened for play at the Royal Greens Golf & Country Club in King Abdullah Economic City, which lies about 150 km north of Jeddah, Saudi Arabia, on the east coast of the Red Sea. (shared from Golf Course Architecture)

Sampson’s design brief to create a world-class facility, rich with variety, has resulted in a layout that will host a new event within the ‘Desert Swing’ of the European Tour in early 2019, a first for Saudi Arabia.

“No two consecutive holes play in the same direction,” says Sampson of the 6,900 yard, par 72 routing, “and the wind will be a key and variable factor in the course’s strategy. Golfers will also need to be thoughtful from the tee, in particular on the dogleg holes which require precision placement.”

The par three sixteenth hole plays directly along the shore of the Red Sea, part of a closing four-hole stretch that Sampson believes will provide golfers with a strong finish to the round, with the final two holes assisted by the prevailing wind.

The golf course also helps alleviate storm drainage for the Emaar Properties development, explains Sampson, “with the network of wadis and streams carrying water away from the housing and into four large salt water lakes on the course.”

Royal Greens is grassed throughout with Pure Dynasty, a paspalum variety supplied by Atlas Turf, allowing the course to being irrigated with sea water, once treated by the desalination plant. “I’m really pleased with how the greens are performing,” says Sampson, explaining that the course was sprigged with grass grown from seed on the course’s turf nursery.

Construction was completed by local contractor Cityscape, and the irrigation system was supplied by Rain Bird. The facility will be managed by Troon.

Royal Greens has already received widespread praise, including ‘Best Leisure Development’ from the International Property Awards. The golf facility and entire King Abdullah Economic City development are part of Saudi Arabia’s ‘Vision 2030’ to be the heart of the Arab and Islamic worlds. 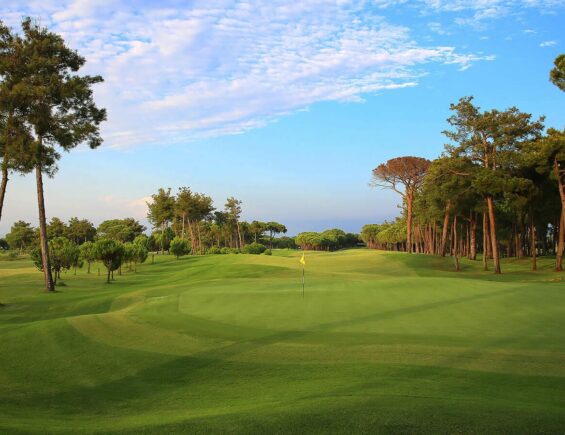 The second ‘championship’ course at the luxurious Gloria Resort is called the New and,... 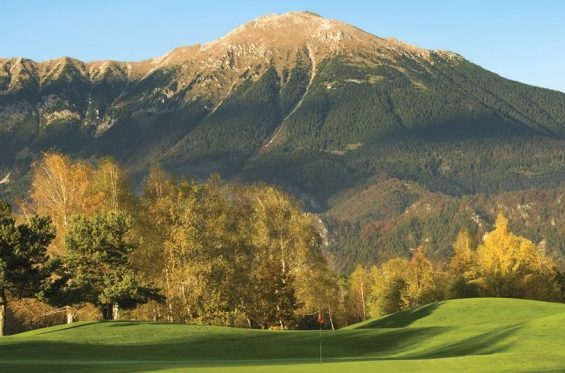 Royal Bled Golf Course is the oldest and the largest Slovenian golf course. Its...