Few clubs in the British Isles boast two golf courses worth travelling for. Often times there is a championship calibre course, followed by a “Wee” course or shorter course designed for beginners or ladies.

Then there is Saunton Golf Club: 36 holes of pure, a shining star of the classy collection of Atlantic Links courses and arguably the best links venue in the south west. Saunton has been labeled the best multi-course facility in the Isles outside of St. Andrews.

Saunton was one of the first links courses Englishman Nick Faldo played early in his junior tournament career.

Like most of the golf courses in the U.K., Saunton East took on many shapes from its inception in 1897 through the next several decades, and the course was shortened to 12 holes during World War I. Its present design is attributed mostly to Herbert Fowler’s redesign following the war. The 1920s brought several high-profile events to Saunton, matching the likes of Harry Vardon and J.H. Taylor, and later in 1929 at the new clubhouse opening ceremony, when James Braid squared off against Taylor and Henry Cotton. 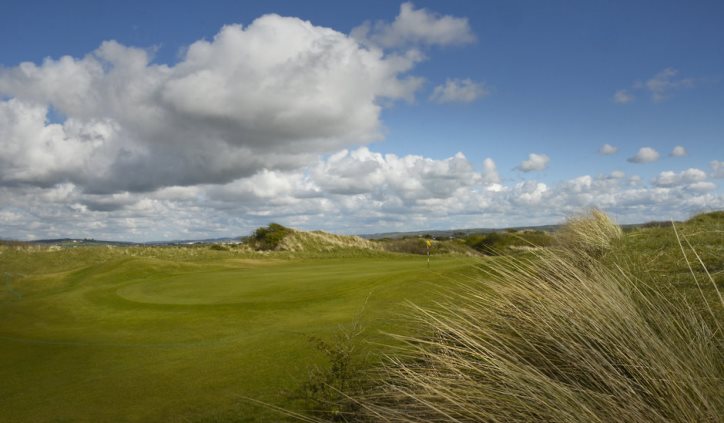 The East Course is set on mostly flatter dunesland, though it tumbles its way around dunes and between formidable bunkers. It’s a par 71 that plays up to 6,800 yards from the blue tees, though daily play is set closer to 6,400.

Over 30 bunkers have been added in recent years to coral tee shots from the modern drive and uphold Saunton as a stern test worthy of England’s top tournaments. The 18th hole has the look of a closer built for a major championship golf venue. It’s a long par 4 with a difficult landing area to identify, thanks to a dogleg around a bunker right and uphill to a green sitting right in front of the clubhouse. 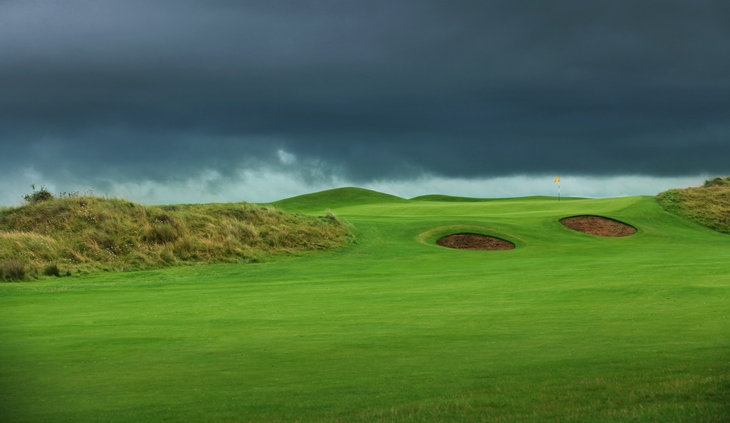 “I’ve no doubt that if the East Course were located on the coast of Lancashire or Kent it would have hosted an Open Championship by now,” remarked Faldo of the heralded East.

A little shorter, quirkier, hillier – that’s how you can sum up the West Course when compared to the East. It’s also a little newer, built in 1935, when the club recognized the need to build a second 18 holes to keep pace with demand, though both courses were closed from 1939 through 1952 as the grounds were used for military training. 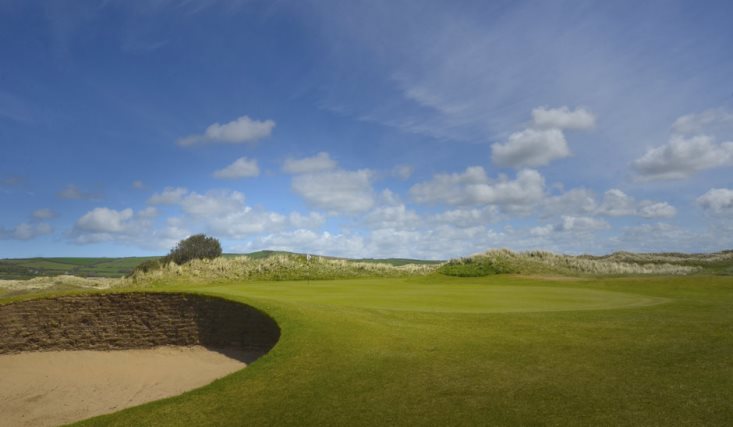 Despite a yardage shorter than the East, the West remains a solid test to the modern player.

“The West in my opinion needs more thought to club selection from the tee and more precision into well guarded greens,” remarked Albert Mackenzie, head professional of Saunton. Tricky holes like the second can put a big number on your card in a hurry. It’s an uphill shot that’s partially blind, with a steep, grassy dune on the right and low-lying weeds on the left side of the fairway. 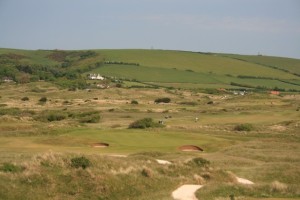 The West also holds a distinction of serving up a par-3 finishing hole, and it’s not easy at 180 yards into a small green.

Saunton’s two championship links make for the best one-two punch in southwest England and arguably all of Old Blighty. While traveling golfers may lean toward the original East course, don’t feel slighted if all that is available is the West. In certain aspects it’s superior to its sister course. 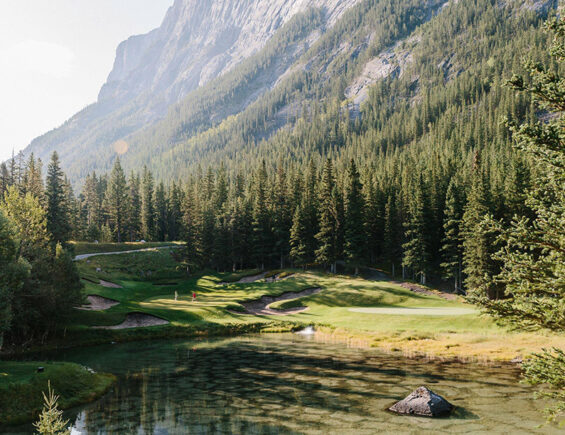 Renowned for its panoramic beauty, The Fairmont Banff Springs Golf Course in Alberta is...