As a frequent reader of Chapeau Noir Golf, you’re more than aware of his love for a variety of styles of golf shoe, but with the Nike Dunk NG, Chapeau Noir asks, has the alt golf shoe craze may jumped the shark?

Chapeau Noir recalls wearing a very similar high-top Nike model when he was a high flyer on the hardcourt in high school. And they were great, when they were basketball shoes. Does the mere act of slapping a set of soft spikes on any manner of shoe make it a golf shoe?

Michelle Wie is was the first Nike staffer to wear the Dunk NGs this past week at the CN Canadian Women’s Open, and judging by Wie’s tweets she’s in love with their style and comfort. Anthony Kim is slated to wear the Dunks ‘in the coming weeks’ on the PGA Tour.

Chapeau Noir can kinda see it working with Kim’s flat billed cap and slim fit tech trousers. But I digress.

Chapeau Noir’s foggy feeble memory seems to recall an incarnation of something resembling a Doc Marten in the form of a golf shoe a few years back, and while it doesn’t sound like a bad idea in concept, in practise there just aren’t that many hard core Doc Marten wearers who also tee it up. But that’s not the point.

Some may find say, “Chapeau Noir! Why would you come out against Nike with such vitriol? Aren’t they just growing the game?”

Uh, yeah, I guess — in the laziest way possible. Chapeau Noir is 100 percent behind the idea of mashing up styles to create something new for golf — but in doing so, the key is in the mashing. With the Nike Dunk NG, there was no mash of which to speak. It’s a potato with soft spikes.

On another level, the Nike Dunk NG is a slap in the face to those who have created the alternative golf shoe market over the past two seasons. Though the lame golf shoe that looks like a sneaker offering has been around for ever, the golf shoe landscape, and the market itself essentially didn’t exist the way it does now before ECCO, TRUE Linkswear, and Kikkor Golf of the world came along.

If one were to ask any of these companies what they thought of the Nike Dunk NG, and the Free TW for that matter, they will likely say they’re flattered by Nike’s foray into the non-traditional golf shoe market because it validates their trend.

To Chapeau Noir, it is decidedly unpleasant olfactory medley of opportunism in the most transparent of forms.

But such is the way of a free market economy, where a Starbucks can by the property next to your locally owned Mom and Pop Coffee Shop and put them out of business in a matter of months. Is this what Nike, or any other late arriver to the hybrid golf shoe trend is trying to do? Perhaps not explicitly — but let’s not kid ourselves, shall we?

Read the Nike news release on the Dunk NG‘s to get it straight from the source, and then et Chapeau Noir know what you think. Is he over reacting or telling it like it is? 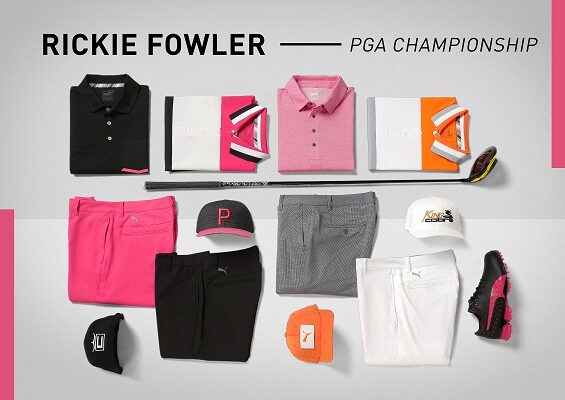 Only for the seriously good (shared from GolfPunk) With the famous sign for the Bethpage...

Shared from 3Balls Golf Blog One of Oakley’s most famous accessories remains its high...