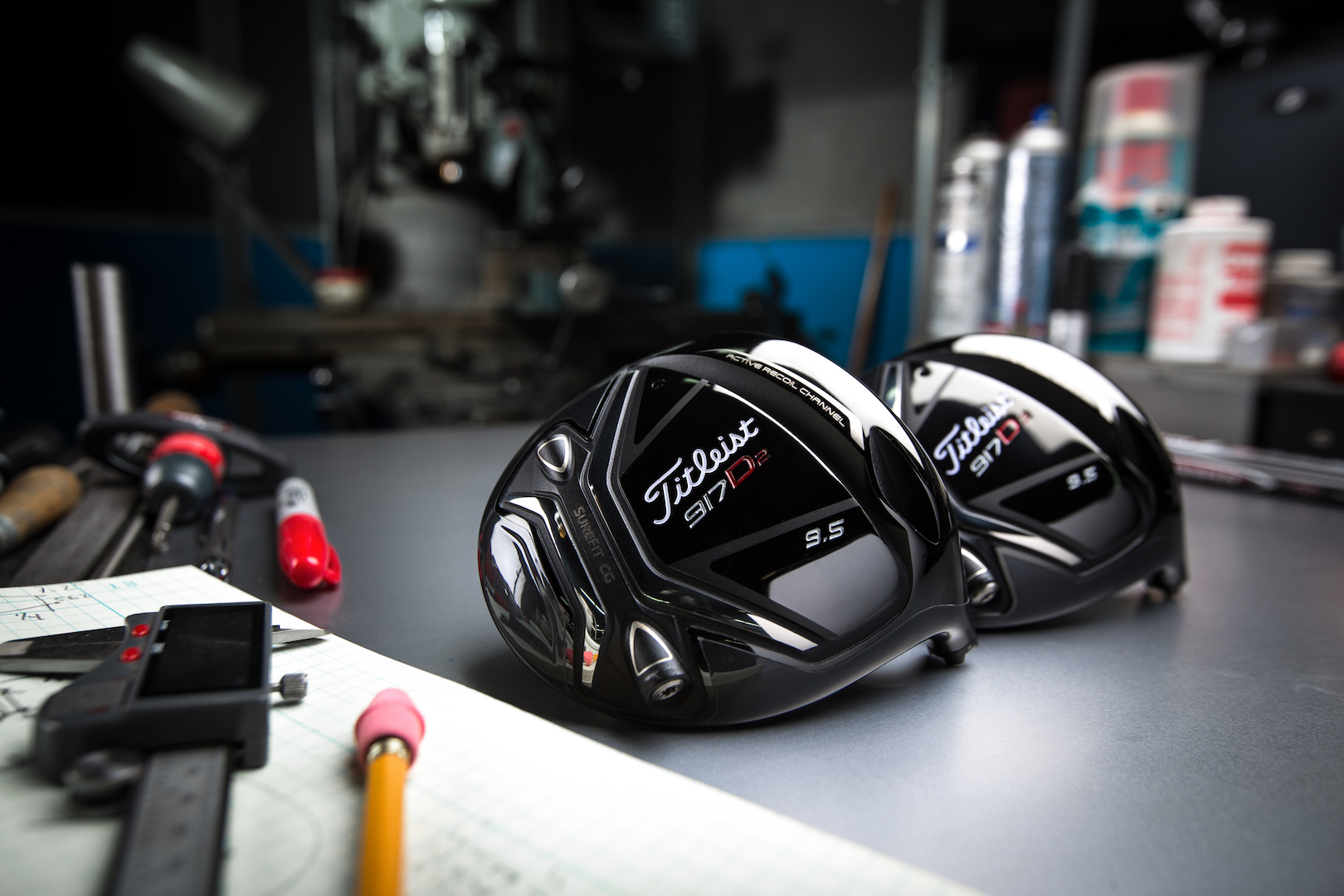 I’ve been sitting on this for awhile, anxious to tell you all, but I’ve not been allowed to. A few weeks ago I got to try, and learn about, the new Titleist 917 range of drivers and fairway woods. And to sum it up quickly, they are awesome!!! But it’s not enough just telling you they’re awesome, you need to know why they are.

Titleist do things differently to their competitors. While every manufacturer tests their products on tour first before the public gets to try them, it’s often a matter of weeks, maybe a month before you can be using the same club as the pro’s. The Titleist 917 drivers have been on tour since the Quicken Loans National way back in June. Since then Jimmy Walker has won his first major at the PGA Championship using one, while Greg Chalmers won the Barracuda Championship with his.


But it’s only now I can tell you about them in detail. So first up what have they kept the same? There are two driver heads. 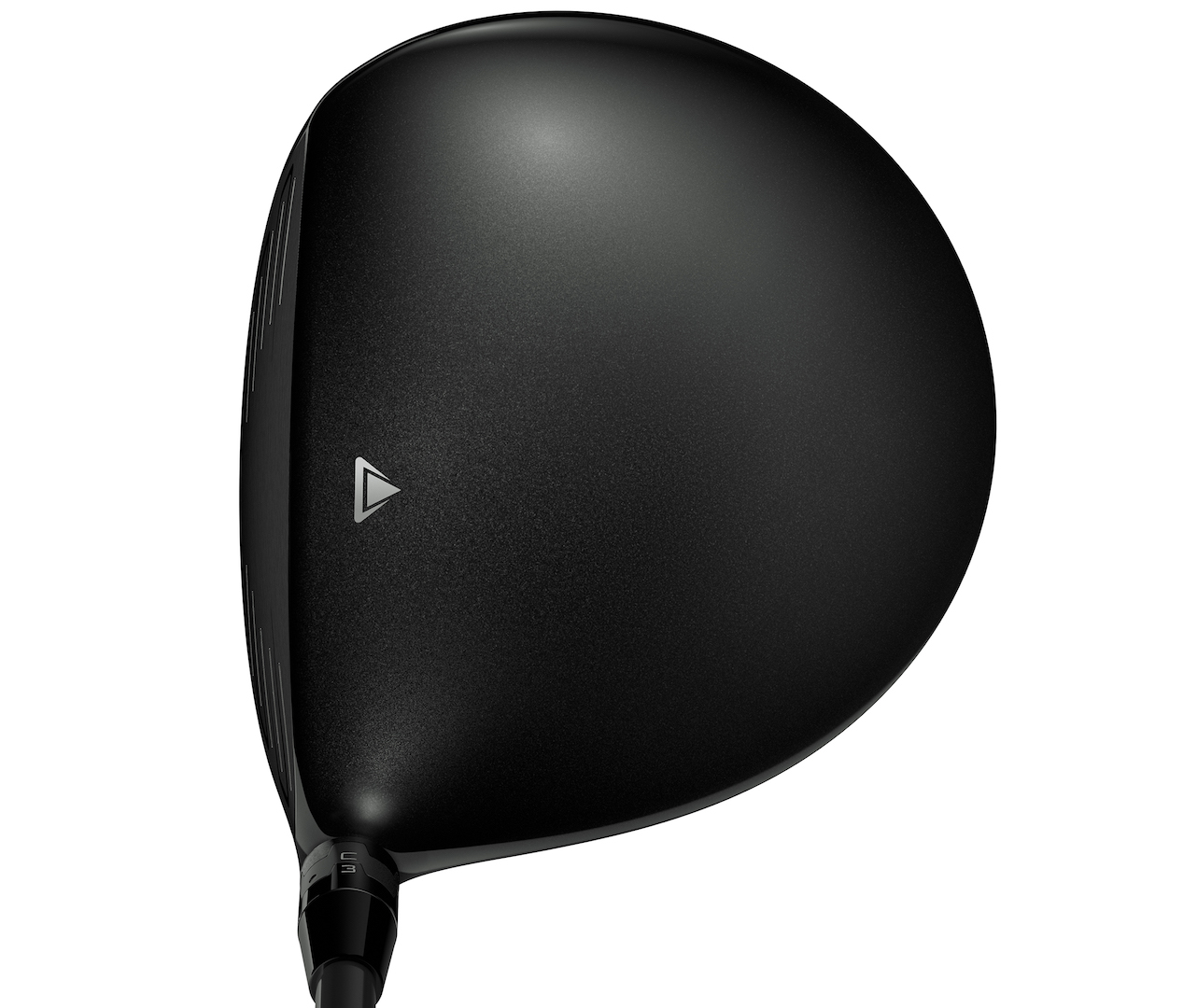 A 460cc D2 head for maximum forgiveness and a higher launch. 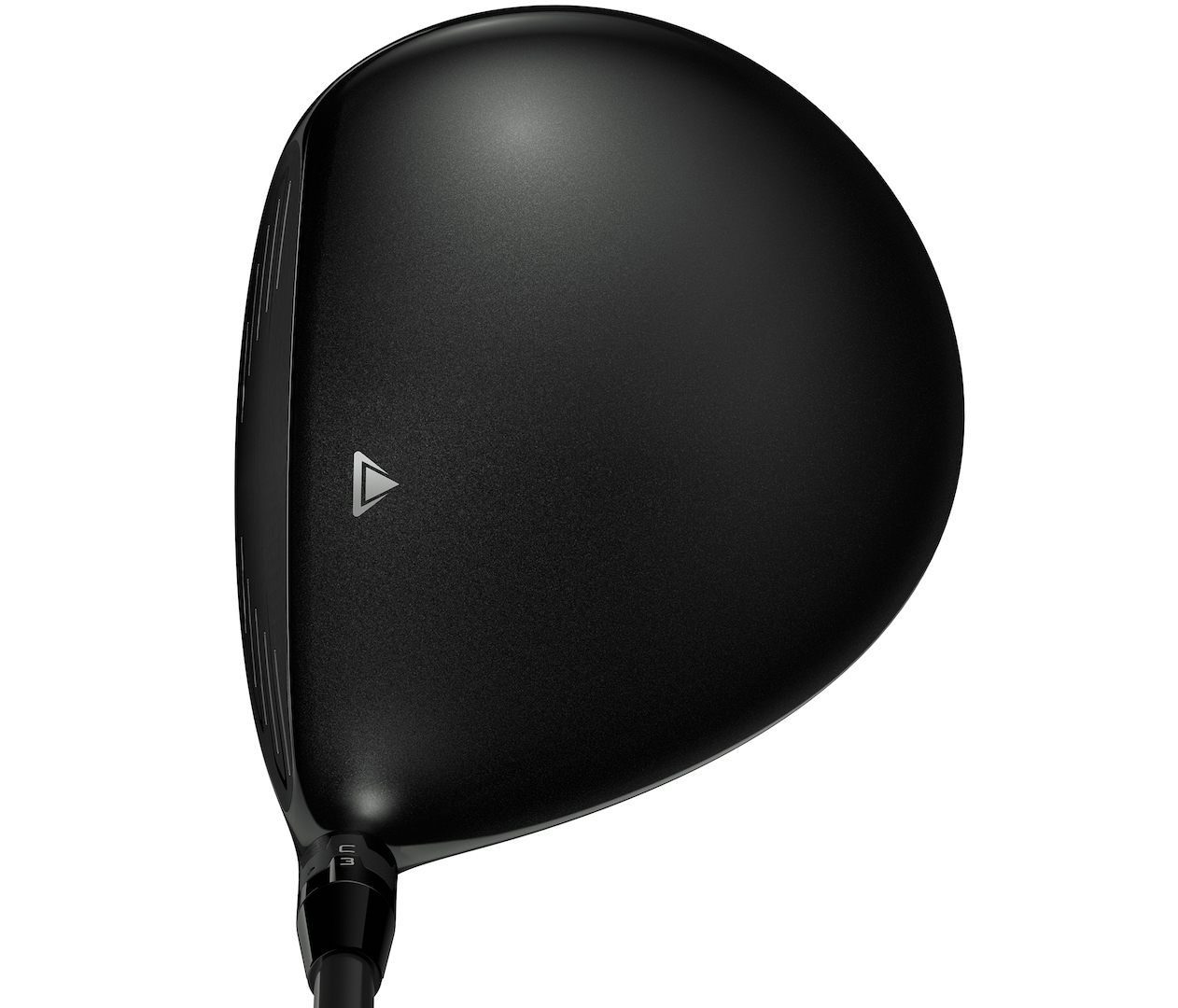 A pear shaped 440cc D3 head for a slightly lower launch and around 250 RPM less spin, loft for loft. They’re both gorgeous, but the D3 is just beautiful behind the ball.

They’ve still got the SureFit hosel for loft, lie, and face angle adjustability – if it ain’t broke don’t fix it – as this is still one of the best hosel systems out there, giving plenty of adjustability without looking obtrusive.

How have Titleist improved the new drivers though? The obvious difference when you look at the new drivers is the new SureFit CG movable weight system. Whilst adjustable CG is not new, this is the first time Titleist have offered it, and they feel they are the first company to do it properly, offering the right balance of meaningful adjustability. 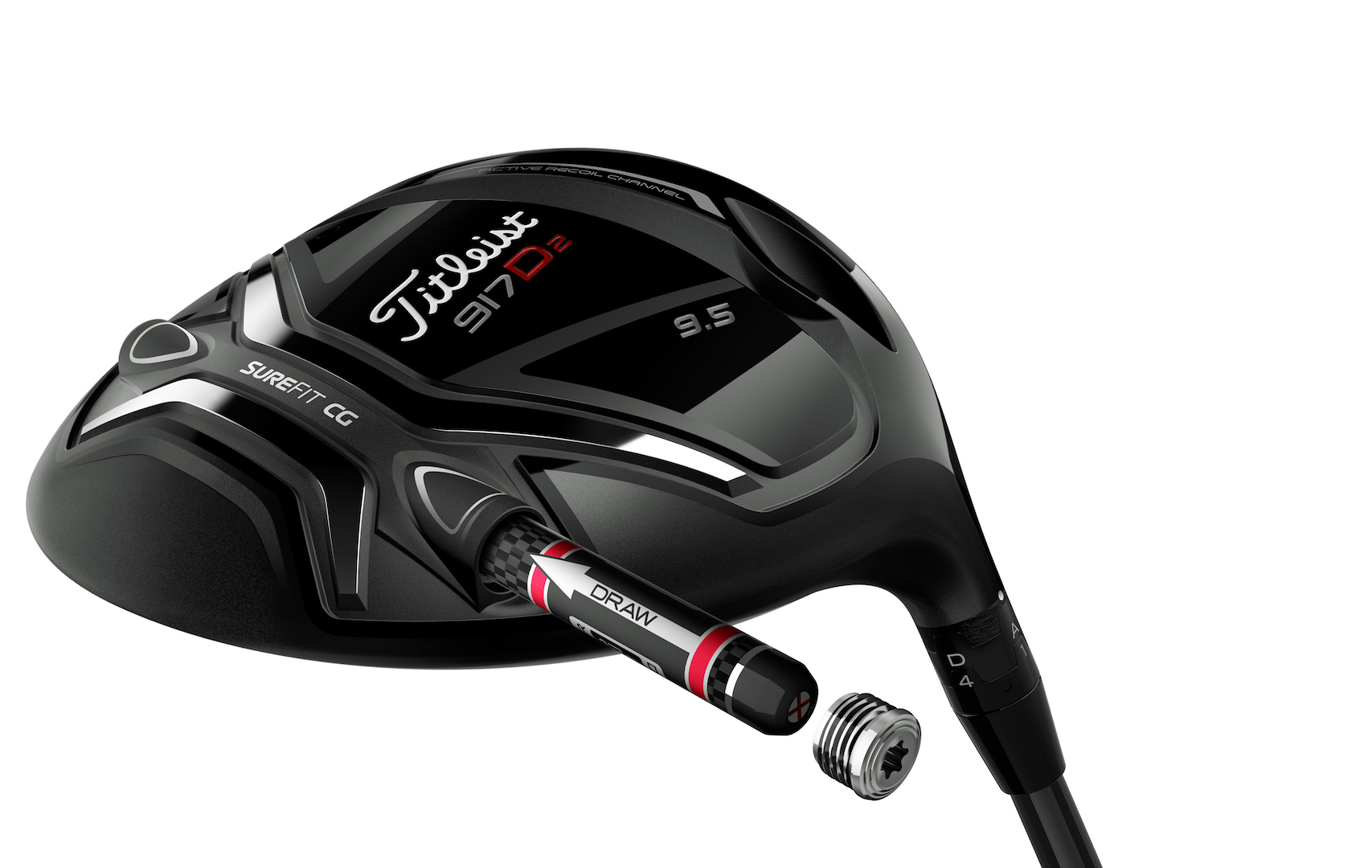 A weight chamber is positioned in the head at a slight angle from the back on the toe side going to the heel towards the face. You get two cartridges, one has a 12 gram weight in the middle of it. If you use this cartridge, it gives the driver a neutral centre of gravity. The other cartridge is weighted at one end. Put the heavy end towards the toe and it makes the driver face biased but brings the centre of gravity forward for lower spin. Put the heavy end towards the heel, and it becomes draw biased, and higher spinning.

“The combined power of the SureFit hosel and SureFit CG takes us to another level in terms of optimising spin and maximising distance potential,” said Dan Stone, Vice President, Titleist Golf Club R&D. “We’ve seen through our extensive player testing that when you determine the appropriate CG for a player, the club squares up and times up more consistently for them. They hit the centre of the face more often, they gain club head speed and ball speed, and their shot dispersion tightens significantly. What’s also notable is that because of those results and that feeling of being dialed in, we’re seeing players gain more confidence and swing more aggressively, which creates even more ball speed and more distance.”

When we tested the driver, it was much more consistent with the weight in the neutral position, but in the fairway wood the fade position really improved ball speed and consistency. Although you can switch the weights about yourself, it’s really something that should be adjusted in a proper club fitting, and then not looked at again unless your swing significantly changes.

What else do you need to know? The other big changes have been to the face. Titleist are calling it ARC 2.0 and Radial Speed Face 2.0.

The last 915 drivers included the Active Recoil Channel behind the face, which allowed the whole area to flex at impact for higher ball speeds, and lower spin. They’ve updated it by thinning out towards the heel and toe to increase the flex, as well as using a new Radial Speed face insert. Combined they increase ball speed on miss hits, as well as more consistent spin rates. Traditionally a driver would spin a lot more when it’s miss hit, and with these it’s not the case. Longer, straighter drives people!

Not everyone loved the sound and feel of the 915 on tour, so this was another area that Titleist looked at. When I hit them, it felt like the ball is on the face a fraction longer, like it’s compressing hard onto the face before exploding off, and the sound is more reminiscent of older Titleist drivers, more thwack than ting. I’m not sure they’re technical terms but you get the idea!

When Andrew ‘Beef’ Johnston wasn’t being harassed by Valderrama, GolfPunk’s rascal sock puppet, I asked him what he thought of the new driver. “When I got fit for it, I thought I was going to need to lower my loft. But I was fit for the same loft (10.5) and a new shaft (Mitsubishi Tensei Blue Pro) and it’s spinning around 500 RPM lower. It’s much better flying through the wind now.”

These clubs are gorgeous. They are a dark grey rather than black, which reminds us of the legendary 975D driver. They feel great. And they’re easier to hit. Titleist drivers aren’t just for the best players in the world anymore, they are suitable for anyone that wants a classic looking driver that performs.

Just make sure you get them fitted. With two heads, four lofts, three centre of gravity positions, a 16 way adjustable hosel, available in four stock shafts (as well as multiple other options) in numerous flexes, it’s just not as simple as going into the shop and buying the driver you like the look of that has a nice coloured shaft.

After I had my fitting, with the right combination of loft, hosel, centre of gravity and shaft, my ball speeds went up, even though my swing speed didn’t change. And my dispersion improved, with my drives grouping much closer together, because of consistently lower spin, and a shaft that suited my swing.

RRP yet to be confirmed. 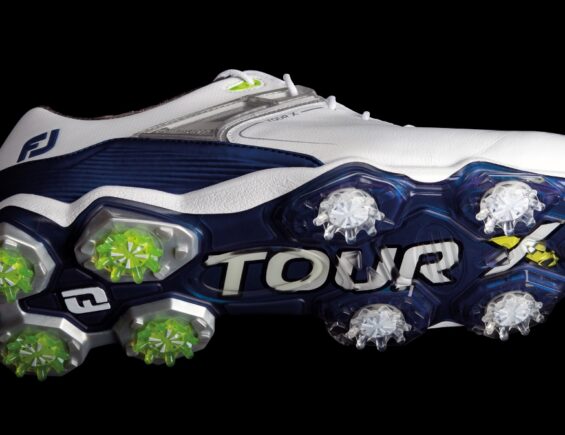 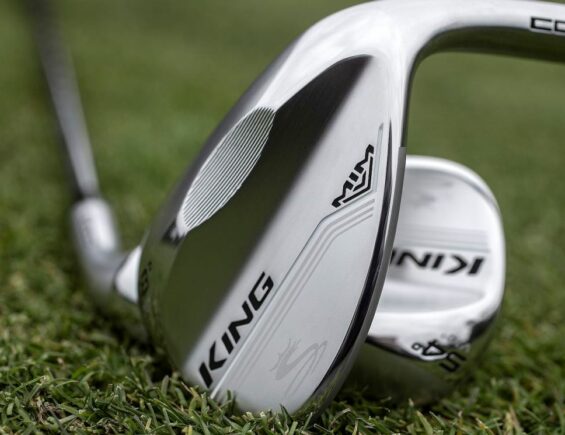 With a great soft feel (shared from GolfPunk) Probably the most important club in the bag... 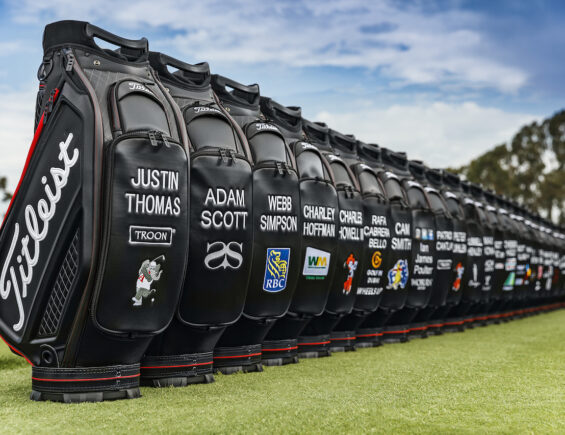