Though the game has been played for centuries, every man and woman knows that sometimes it can be hard to look good on the golf course, too rigid dress codes seemed to scare away the bright colors and dared designs; trendy young people were somewhat less likely to belong to country clubs. It wasn’t until the 1920s when golf fashion became relevant. Some of the older golf fashion icons included Bobby Jones, whose style sense on the links was often featured in men’s style magazines along with Gene Sarazen and Walter Hagen. 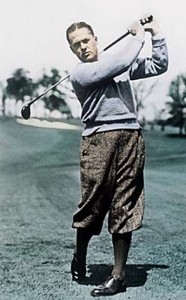 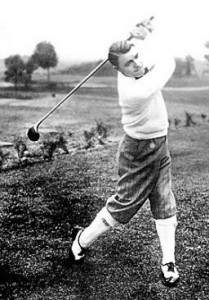 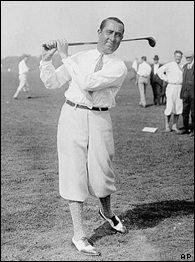 In the 1950’s trendy golf fashion emerged with golf fashion icons like Doug Sanders, known as the “peacock of the fairways” for his colorful fashion style. South African Gary Player drew attention with his all-black outfits amid the wild rioting colors. Then there was Arnold Palmer, who with his cotton shirt, lightweight tan trousers and Oxford shoes, personified muscular energy and athleticism. By the 1970’s seventies, the rainbow landed in the fairways and greens. Purple, magenta, kelly green paired with brown polyester with orange nylon became the staple wear of golfers. 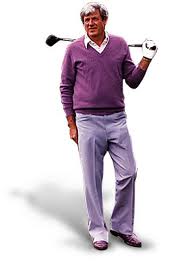 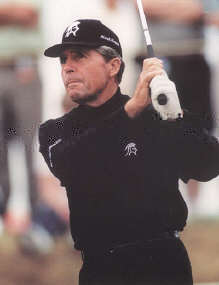 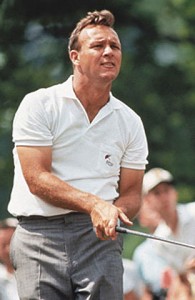 By the end of the 1980’s designer clothes became part of golfer’s choice and the professional who begun the revolution was the Australian Greg Norman. His big hats, bold colors and his “Shark” clothing line became immensely popular amongst golfers worldwide. The massification of this sport on the media caught the attention of advertisers and Golf sponsorship as a form of publicity played a major role in changing the look of the game. Famous brand names and fashion houses like Levi’s, Dunhill, La Perla, Hugo Boss, Ralph Lauren, Escada, Gucci, Prada, Armani, among others created specific golf wear lines. 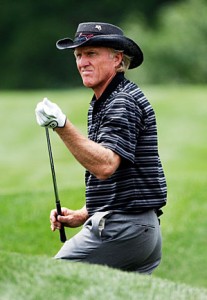 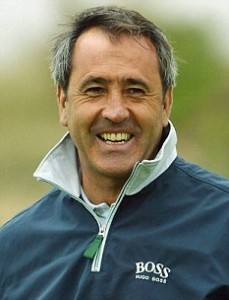 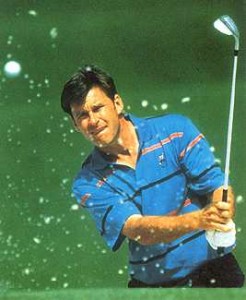 Nowadays improving performance by using technical innovations is the main objective, but as never as before exotic features as well as style had given the game a new cool factor. Young stars on Tour prefer to stamp their own personal style in their clothing choices and accessories. Camilo Villegas looks dashing and athletic in form-fitting J. Lindeberg colorful gears, Anthony Kim stylish in his signature “AK” belt buckles and Shingo Katayama simply loves his cowboy hats, Simon Hurd, an English pro, known for his distinctive and colorful pork pie hats on the golf course, recently launched a unique range of Druh belts and buckles, which are worn by professionals on the European and Asian Tours. 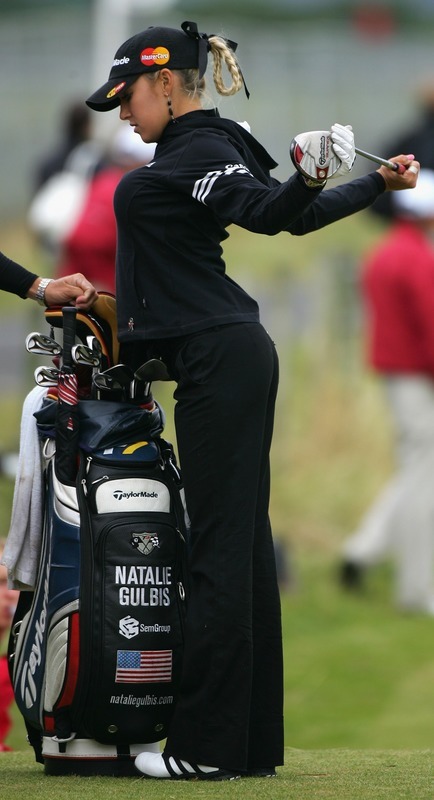 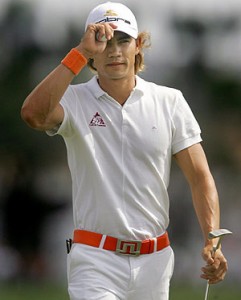 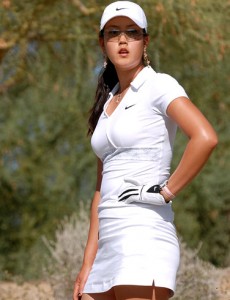 One designer who is gaining popularity among golfers is J. Lindeberg, a Swedish golf clothing designer who not only ponders over what looks good on the course but also what helps the players perform well. Tattoo Golf or SubSeventy are the example of some recent brands that brought a new attitude into the fairways. 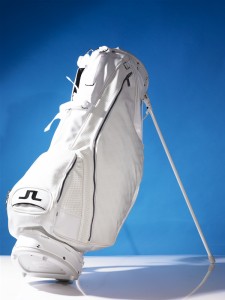 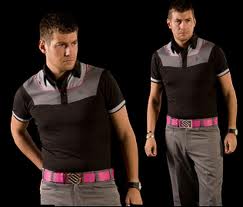 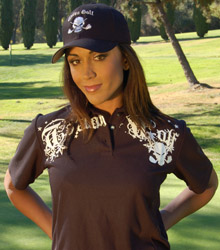 Golf fashion today is all about being cool and trendy on the fairways. It is probably the only sport that allows its players to make a fashion statement in every way possible – the golf bag, golf clubs, golf balls, golf shoes, sunglasses, umbrella, gloves and of course, their apparel.

Shared from – Chapeau Noir Blog – Trends in Golf Apparel. This is the...

Shared from TrendyGolf Magazine This week on the Friday 5, we take a close...