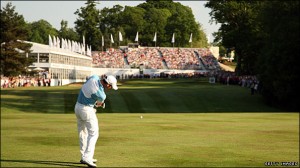 Britain’s most famous inland golf course is going to be barely recognisable this week as it hosts the European Tour’s flagship BMW PGA Championship.

All that remains unchanged about Wentworth’s West Course, a spring and autumn fixture on BBC television screens for decades, is its hole routing, location and clubhouse.

At the end of last year’s PGA the course checked in for some cosmetic work. All 18 greens would be re-laid with colonial bentgrass to alleviate the unevenness of spring-time poa bent that was forcing big-name stars like Padraig Harrington to stay away from the event.

So, the plan was for a facelift to attract back the stars to the PGA. But once the golf- design doctors started work they soon realised the need and opportunity for major surgery.

The extent of the development  carried out is truly staggering and it is clear that much of it is dental work because the new Wentworth West will have teeth – strong, sharp, nasty ones at that.

What was going to be a £1.5m project to make the greens acceptable to the likes of Harrington and Ian Poulter became a £3m exercise in revamping the entire course, with the most dramatic change coming at the famous par-five last hole.

A new brook has been created to provide a truly “in your face” water hazard immediately in front of the green. It is approximately eight yards wide with vertical wooden walls that separate it from an elevated putting surface.

So a perfect drive to the traditional fairway corner location will require a second shot to carry 220 yards to a small target that’s also guarded by deep bunkers front and back of the green.

The bunkers that guard the left corner of the fairway have also been remodelled to make it a real temptation to make an attempt to take on the carry to the green from the sand.

It is a recipe for memorable golfing drama to surely excite the watching galleries. What the players will make of it remains to be seen, though, because it is a penal design that provides a punishment perhaps greater than the crime of a slight mishit would deserve.

But the pros have to remember they’re in the entertainment industry – not that they will need reminding by the time they reach the 18th, anyway, because the entire ethos of the changes is to make golf on the West Course exciting and unforgettable.

“What will people remember from this hole?” has been the repeated challenge put to the Ernie Els design team by the Wentworth owner Richard Caring, the fashion and restaurant tycoon.

It was when the course closed on 31 May last year after Paul Casey had won the PGA and Wentworth had staged its Club Championship that it was quickly realised there was a massive chance to make dramatic change.

“We realised it would be a travesty not to take this once in a lifetime opportunity of having the course closed for a year to create history,” said Wentworth chief executive Julian Small.

The total cost of the project therefore was 6 millionn and finished on time,  aided by ideal weather conditions in the summer and autumn.

Among the most noticeable changes will be the way the bunkering has been dramatically deepened all around the course. For example, on the 1st the trap guarding the front left of the green is fully 15 feet below the putting surface.

The hazards retain the rolled faces that were the trademark of the original designer Harry Colt, but in their severity they are approaching the Woodhall Spa scale in places.

Sensibly, the long 17th remains free of bunkers (as has always been the case) but the green is smaller and has been shifted slightly with a dramatic run-off to the right.

The 12th has been reclassified as a par-four rather than being the easy birdie/eagle chance when the scorecard suggested it should be completed in five strokes. It has a new raised green and bunkers will guard the right side of the fairway. It will present a formidable challenge.

On the 15th a re-routed ditch will meander down the right side of the fairway and the bunker that prevented wayward drives careering into real trouble down the right will be removed.

Water that guards the 8th has been extended and a new tee is being built to provide tournament directors with the option of making it a short, driveable par-four.

Indeed, every hole has been changed in some way or other. There is still a vast amount of work to be done and only once it has been played by the top pros will we be able to gauge how successful the project has been and its popularity in the locker room.

But already there appears potential for great drama and the days of 20 under par winning the PGA now seem well and truly gone. I’d go further and say that the European Tour has the makings of its own much needed Stadium Course with the changes that are being made.

The big names are being urged to return to its flagship event next year, and every indicator suggests they will heed the call. How they deal with the new course will be fascinating to watch. “I just can’t wait,” says Small from his Wentworth office and it is easy to see why. 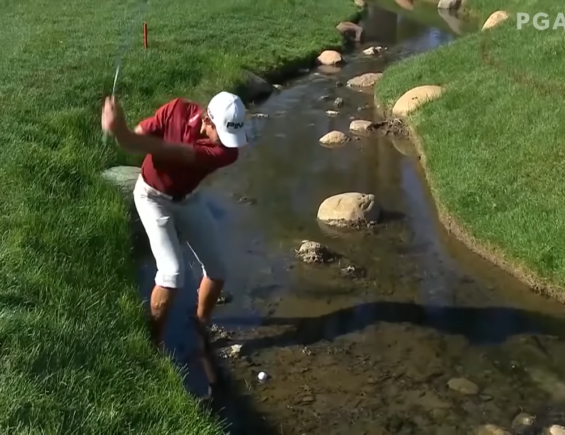 Home to the Memorial Tournament presented by Nationwide since 1976 along with the 2013...

We look back at all the ups and downs of Brendon Todd’s career that...