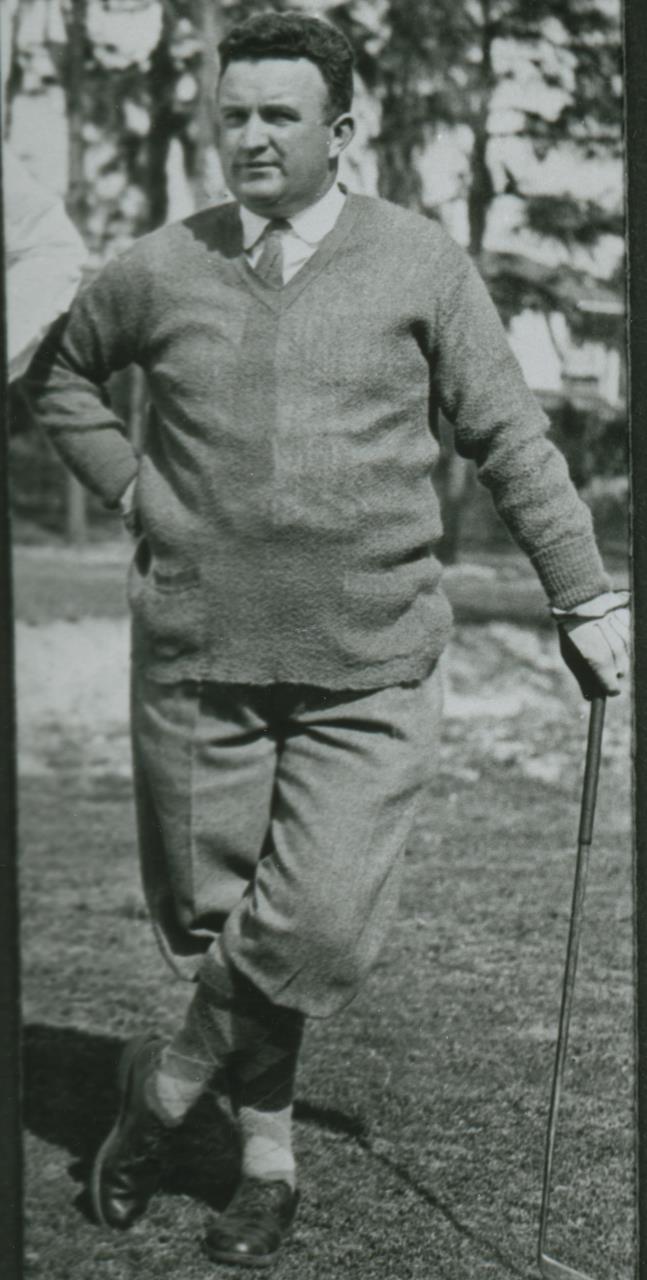 Robert “Red” Lawrence was an American golf course architect, largely producing courses in the US states of Arizona and New Mexico.  Lawrence was born in White Plains, New York in 1893.He began his career in 1919, as layout engineer of Westchester Country Club in Rye, New York, becoming part of what is known as the second generation of major American golf course designers.

He is also known as a member of the “Philadelphia School” of golf course design, and was involved in the re-design of the original and premier example of this school the Merion Golf Club in Ardmore, Pennsylvania. In his early career, Lawrence was largely under the tutelage of William S. Flynn between 1921 and 1932, serving as the course architect’s design assistant.He then became the manager of several important golf and country clubs, before becoming a full time golf course architect.

Lawrence was a founding member of the American Society of Golf Course Architects in 1946.By the age of 65 he moved from his residency in Boca Raton, Florida to Arizona, where he became a prolific architect of western American golf courses.

In 1962 he earned the additional moniker “Desert Fox” for his design of the Desert Forest Golf Club, the world’s first course built entirely in the desert.At Desert Forest, the Championship Golf Course at the University of New Mexico, and other courses, he is known for building a course using the natural terrain of the area and including the original aspects of the region in the design.

In 1974 Lawrence designed an 18-hole addition to The Wigwam golf club, a course that was eventually named the “Red” course in honor of his long-term nickname.His golf courses at the Tubac Golf Resort & Spa were featured in the 1996 Kevin Costner film Tin Cup.Lawrence died in Tucson on July 27, 1976 at the age of 83, and inducted into the Arizona Golf Hall of Fame posthumously in 2003.

Anthony Jacklin is an English golfer, who was the most successful British player of...