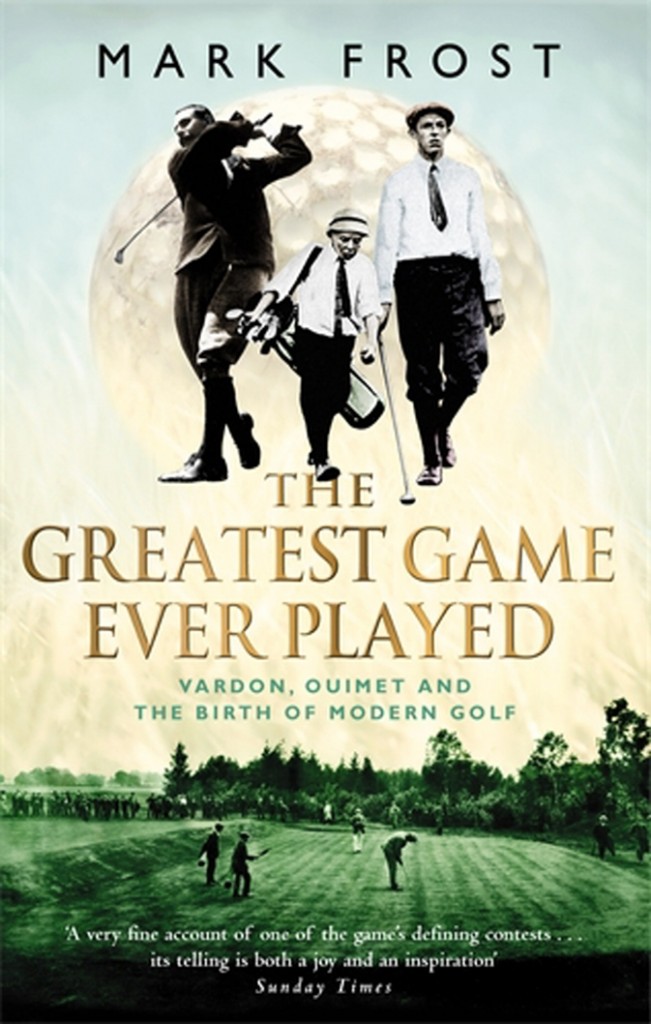 This fascinating narrative chronicles the birth of the modern game of golf, told through the story of Harry Vardon and Francis Ouimet. These men, in pursuit of their passion for a sport that had captivated them since childhood, lifted themselves out of their lives of common poverty and broke down rigid social barriers, transforming the game of golf into one of the most widely played sports in the world today.

Vardon and Ouimet were two men from different generations and vastly different corners of the world whose lives, unbeknown to them at the time, bore remarkable similarities, setting them on parallel paths that led to their epic battle at Brookline in the 1913 US Open.

This collision resulted in the ‘big bang’ that gave rise to the sport of golf as we know it. In THE GREATEST GAME EVER PLAYED, Mark Frost tells their story, including along the way over a dozen of the game’s seminal figures, within the dramatic framework offered by the 1913 tournament where they finally met, which became one of the most thrilling sports events in history.

Making mistakes in golf is inevitable. Reducing the number of mistakes you make during...

If you know anything at all about John Daly—and if you don’t, what in...