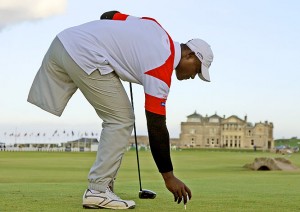 The story of Manuel De Los Santos is remarkable and uplifting by any standard, sporting or otherwise. Born in San Pedro de Macoris in the Dominican Republic, he was a promising young baseball star with dreams of playing professionally in the United States. But the age of 18, his life changed for ever when a car crashed into the motorbike he was riding and he awoke from a coma four days later to find his left leg had been amputated above the knee.

After he moved to France with his wife Elena, the second major turning-point in his sporting life came in 2004, when he watched the film, The Legend of Bagger Vance.
It told of a golfer (Matt Damon) inspired by his caddy (Will Smith) to overcome adversity. Similarly inspired, Manuel decided to take up golf.

Originally founded in the 1920s, the Geneva Golf Club moved to its present site...

Dixie Red Hills Golf Club opened in the mid-1960s and, because of its spectacular...