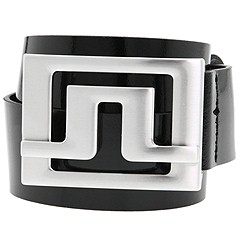 The J.Lindeberg Slater belt has started a trend in golf that seems to have gone out of control. The JL belt which was first used on tour by Jesper Parnevik is still seen as a must have item for golfers but because of its popularity it has started a craze that shows no sign of slowing down.

If you follow golf tournaments closely, you will have noticed this fashion trend among Tour Players  the big, bold Golf Belt Buckle. Every major clothing brand including adidas.Nike,Tommy Hillfiger to name a few now promote thier brand with a belt and use the buckle to catch the eye. 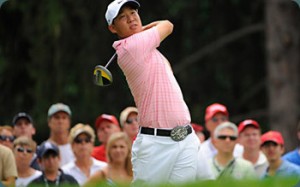 Anthony Kim has been involved in the design of his belts  large initials AK appear on his golf buckle and he surely lays claim to having the biggest buckles on tour. Tiger wears the Nike belt, Sergio the adidas version and Ricky Fowler flys the flag buckle for Puma.

Camillo Villegas who was wearing the JL belt collection is now wearing a belt from Red Bull.The multi million dollar deal which is over 5 years surely shows what a fashion item the belt has become and that the belt is no longer just for keeping your trousers up.

Lyle and Scott is a Scottish based company founded back in 1874 in the...