Capilano is in West Vancouver, British Columbia. The stately and grand clubhouse occupies the highest point on the club’s properties. At first glance, the property might have been the most vexing to Thompson as it falls steeply down a hill. But, as with all his courses, Thompson got the routing right. After the first six holes where the golfer has plunged some 300 feet down hill, the golfer could be reasonably wary of a long slog back up a hill at some point. However, Thompson does a masterful job of tacking back up the slope. Other than the uphill medium length par three 9th, the golfer is never conspicuously aware of hitting up a hill. 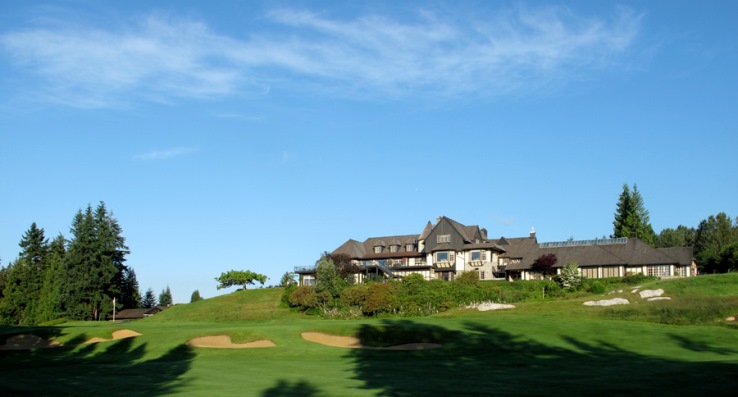 The course has remarkable flexibility and has hosted numerous professional events. The course features many half par holes including the 1st, 3rd, 10th, and 16th holes. As befitting a course situated on such unique property, the course enjoy sits own distinctive flow. The first six holes are aesthetically very pleasing. By plunging the golfer steeply down the 1st and the 6th, Thompson diffused a lot of the property’s potential awkwardness.

Along with the 5th, these three holes offer superb views across to Vancouver and a sense of spaciousness. Interestingly enough, the downhill 6th seems so inviting and user-friendly. Looks can be deceiving as more than one golfer has tried to give the drive a little bit extra and missed the fairway into the thick evergreens. The moral: don’t get greedy as a long iron off the tee still leaves a shortish club in. The score needs to be built through the first six holes as the course gets progressively tougher. 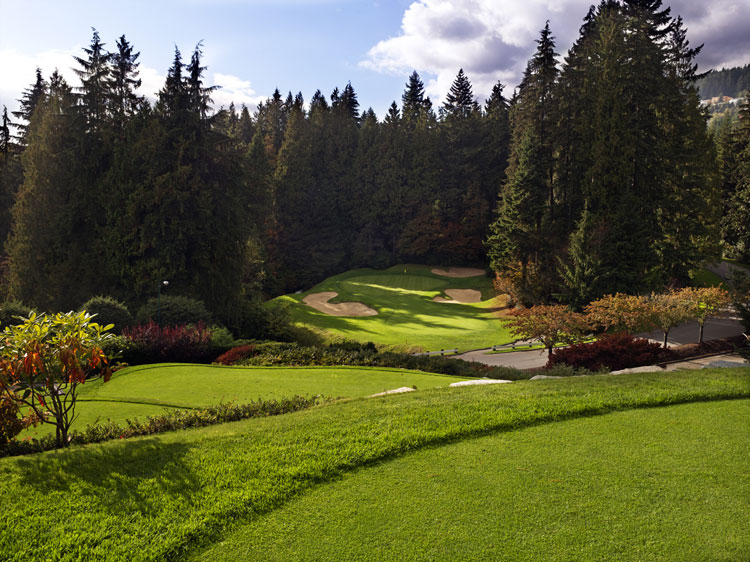 The next six holes largely tack their way slowly back up the hill with a series of holes that are roughly parallel. The 7th is the hardest par on the front. The golfer sees a tough four par that has plenty of length and beautifully contoured bunkers whose sand offers quite a contrast to the omnipresent evergreens. However, the golfer comes to realise over time that the real difficulty comes from the sloping fairway. The golfer will face similar uneven stances late in the round on some other crucial four pars. Two par threes are in this six hole stretch. 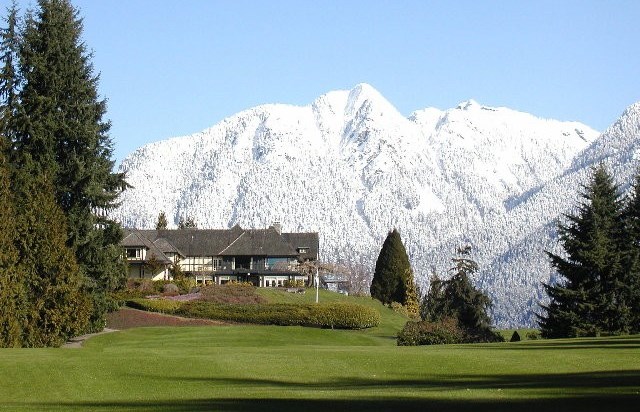 The aforementioned uphill 9th looks and plays hard. The 11th looks more cheerful down a hill over a pond to a beautifully framed green in its on amphitheater. However, the fiercely pitched green leads to a number of undesired three putts. The finally six holes rank on a short list of the world’s great closing stretches. The reason is simple: the holes are laid over compelling land and possess a stiff challenge.

Ayrshire, on the southwestern coast of Scotland, is a place of land and sea,... 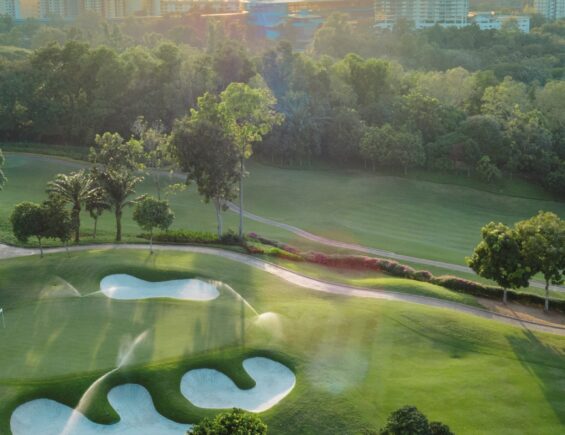 Strategically located in Bukit Kiara just 8 kilometers from the heart of the capital...