The second ‘championship’ course at the luxurious Gloria Resort is called the New and, like the Old course, was also designed by Frenchman Michel Gayon. Opened in late 2005, this undulating tree-lined track is challenging yet fair and there are many unforgettable holes.

The par five 2nd has a wonderful undulating fairway and the 3rd is a great short hole, named ‘The Quarry’ where the tee shot is played over rocks to a green that is a lot wider than it is long. An average length par five comes at the end of the front nine, but with a lake all the way down the right of the fairway, the name ‘Watery Grave’ says it all.

There is belief that all golf courses have an obligation to have a cracking 17th hole (St Andrews, Wentworth, Sawgrass etc.) and the Gloria’s 17th on the New course is actually not dissimilar to the famous Sawgrass hole with its own island green, a little wind and a great trade in lake balls around the green. The water theme continues at the last hole and is similar to the 9th, where the same lake comes into play, this time down the left of the entire hole, providing a dramatic end that can ruin scorecards and turn matchplay games around.

At the turn of the new millennium, the Old course at the Gloria Resort hosted three PGA European Seniors Tour Turkish Opens but, when the event returned to Turkey in 2007 after a six-year absence, it was the New course that played host. This underlines the depth and quality of the Gloria Resort with both the Old and New courses capable of wearing the ‘big event’ tag.

With a further nine holes – named the Gloria Verde – set around another big lake in the midst of a pine forest and off-course facilities as good as anywhere in Europe, the Gloria Resort is high quality through and through.

Many golfers will agree and many doesn’t, but when you play in Thailand looks... 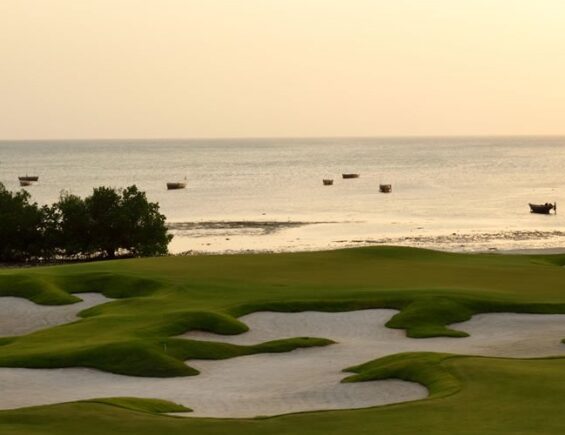 The Sea Cliff has the only golf course on the island of Zanzibar. Golfers...

Justin Timberlake’s Mirimichi course in Millington, Tennessee, is the first in the U.S. to...