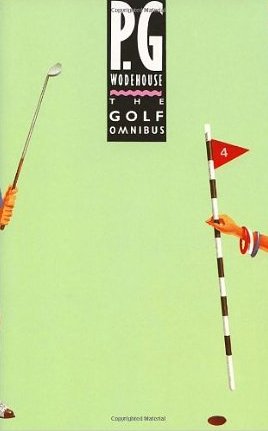 The Oldest Member’s reverence for golf does not cramp his style in telling some of the funniest, tallest and most joyful stories in the whole Wodehouse canon. In this splendid omnibus, introduced by Wodehouse himself, love and the links are inextricably intertwined, in this bumper collection of hilarious short stories that show the course of true love is racing down the middle of the fairway.

The author of almost a hundred books and the creator of Jeeves, Blandings Castle, Psmith, Ukridge, Uncle Fred and Mr Mulliner, P.G. Wodehouse was born in 1881 and educated at Dulwich College. After two years with the Hong Kong and Shanghai Bank he became a full-time writer, contributing to a variety of periodicals including Punch and the Globe. He married in 1914. As well as his novels and short stories, he wrote lyrics for musical comedies with Guy Bolton and Jerome Kern, and at one stage had five musicals running simultaneously on Broadway. His time in Hollywood also provided much source material for fiction. At the age of 93, in the New Year’s Honours List of 1975, he received a long-overdue knighthood, only to die on St Valentine’s Day some 45 days later.

Given Tiger Woods’ meteoric rise to the pinnacle of the golfing world, a movie...