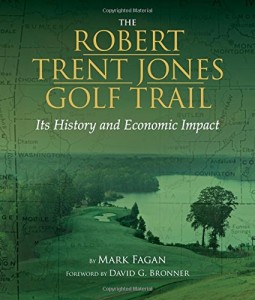 The Robert Trent Jones Golf Trail tells how a bold, imaginative investment by a public employee pension fund turned into a world-class tourist attraction that helped change the image and boost the economy of an entire state.

The pension fund was the Retirement Systems of Alabama, and its alternative investment was in a string of golf courses and affiliated high-end hotels and spas. In business-speak, this was an “economically targeted investment” designed to diversify returns, create jobs, and increase tax revenue.

Twenty-five years later, the Robert Trent Jones Golf Trail is known worldwide for the quality and beauty of its courses and the hospitality and elegance of its resorts. It has significantly increased Alabama’s infrastructure for tourism and conventions, provided millions upon millions in new tax revenues, spurred construction of thousands of units of adjacent housing, and helped persuade other businesses to locate in the state.

Making the Golf Trail a reality involved not only the initial vision of CEO David G. Bronner and his associates at RSA, but also the design genius and reputation of Robert Trent Jones Sr. and the hard work of many dedicated engineers and builders. It also required the cooperation of scores of local and state elected officials and economic developers.
This book is the illustrated historical account of the financial, legal, political, and economic impact details of RSA’s investment in the RTJ Golf Trail. Such a detailed history could not have been written without the years of economic analysis conducted by author Mark Fagan dating back to the earliest stages of the concept. Fagan’s ongoing involvement with Dr. Bronner and those working to develop the Trail made possible the mammoth one-of-a-kind history that is presented in this book.

From the Inside Flap

The Robert Trent Jones Golf Trail is a unique tourism and sports attraction consisting of championship golf courses, resort hotels, convention centers, and world-class spas spread across the state of Alabama. There is nothing like it anywhere and probably never will be. The Trail is the world’s largest collection of golf courses built as part of one project. Its construction has been compared in complexity to the erection of the Golden Gate Bridge. More dirt was moved in the Trail’s construction than in the digging of the Panama Canal. The Trail has evolved into an international tourist attraction, with golfers from every state and most foreign countries. The Trail’s 10-millionth round of golf was played in 2013. All that sounds like an amazing tourism and economic success story, and it is, but the Trail was conceived as a unique economically targeted investment of a pension plan for public teachers and state employees — the Retirement Systems of Alabama. RSA’s billion-dollar investment produced a public/private partnership for economic development and for diversification of the pension fund. How this project happened and what it has meant amounts to a case study in economic development, told here in words and pictures from an insider involved from the beginning. Author Mark Fagan is a professor of business and an expert on tourism development who was tapped to develop the economic models for each of the 11 communities where Trail sites were built.
Golf BooksMark FaganRobert Trent Jones

‘Easy fluency, conciseness, excellent arrangement of material, a gift of expression that puts even...

“It is up to the golf architect,” writes Ben Crenshaw in his foreword to...