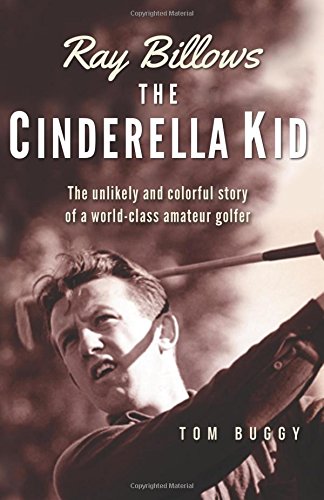 …The unlikely and colourful story of a world-class amateur golfer

In 1935, just five years after the great Bob Jones won his Grand Slam and retired from competition, a 20-year-old amateur golfer in a struggling family left Racine, Wisconsin for a $17-a-week shipping clerk job in Poughkeepsie, New York. Ray Billows brought with him a self-taught golf game from the caddie ranks, a gritty determination, and wondrous dreams of competing and succeeding at the highest level of American amateur golf.

He brought little else. He arrived at the prestigious Winged Foot Golf Club for the 1935 New York State Amateur Championship in a dilapidated $7 Model T Ford convertible that he intended to sleep in, and without enough money for a caddie. He left with his first significant title and a nickname – The Cinderella Kid – which captured what he was and what he had accomplished.

All of Ray Billows’ dreams came true, except for one that would haunt him throughout his life. This book tells his story, a story that is sprinkled with thrilling golf, wonderful success, cruel disappointment, personal highlights, humorous anecdotes with Bob Jones, the Duke of Windsor and Babe Ruth, and a reputation as one of the finest gentlemen in the game.

The book also provides a glimpse into American amateur golf during the period from 1930 to 1950. It contains a 12-page photos insert with 27 photographs.

Tom Buggy is a golf historian with a particular interest in golf in New York State. In addition to the books in my bibliography I have authored “The Golf Courses of Dutchess County.” which includes a brief historical sumary of the county’s 34 golf courses, 20 of which remain in existence today. I have also authored “Dinsmore Golf Course – A Brief History,” which traces the course’s evolution from a 19th century private 9-hole course for aristocratic Hudson Valley families to today’s 18-hole public course operated by the Taconic State Park Commission. In addition, I have authored an article about the first six golf professionals at Dutchess Golf and Country Club in Poughkeepsie, New York (founded 1897) that was published in Through the Green, the magazine of the British Golf Collectors Society. 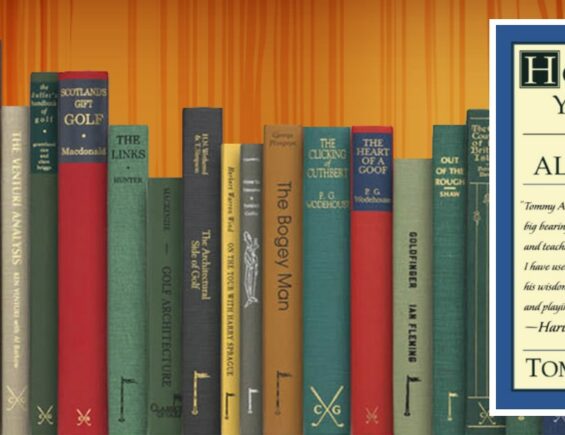 Tommy Armour’s classic How to Play Your Best Golf All the Time provides timeless golf instruction...

The Vice-Ridden Have you ever golfed with someone who was more concerned with stroking...