Officially inaugurated in May 1987 with Severiano Ballesteros’s long drive, the “Domaine Impérial” soon became a major actor of the golf life in Switzerland. Its unique geographic location on the banks of the Leman, halfway between Lausanne and Geneva, the extreme quality of its environment and of its installations, a course signed by Pete Dye and a clubhouse where the long passage of the Napoleon family has left its mark, explain the praise bestowed on it.

Figuring on the short list of the best golf architects in the world, Pete Dye, took advantage of a space that admirably suited the design of a great 18 hole course. But he managed it taking into account the restrictive imperatives and multiple contingencies required by the authorities upon the request from various ecological movements.

One could dream about what could have become of the “Domaine Impérial”, if Pete Dye would have had a completely free hand and pencil.

Indeed still today, this only European course that he completely designed stands amongst the European top 50 and has many times, been ranked Swiss number one.

Imagine… An 18th green between the Club House and the shore of the Leman… it would have been possible to drop on the other side of the lake, which is in France!

We have to be very grateful to our 1975 predecessors who had the courage to struggle for twelve years to see this marvellous golf come into being. 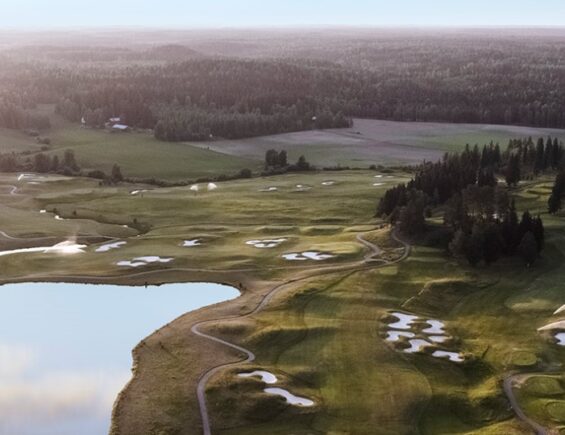 Kytäjä’s second course, completed in August 2004, is also named after its geographic location...

Leopard Creek, simply perfection, no other words can describe It. The Best course in...

Located on Bali’s southern shore in the Pecatu compound at Dreamland Beach is one...