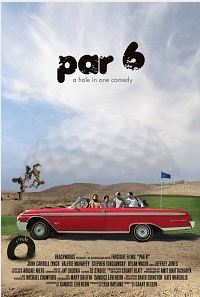 A sort of “Field of Dreams,” golfing version, with a dash of “Waking Ned Devine” is the basic storyline behind the 2002 comedy/drama, Par 6.

A rather quirky family sets up their mobile home on the site of their late father’s homestead in barren west Texas desertland. The deceased father apparently begins “channelling” via the oldest son his dream to construct a golf course on the property. The trouble is, the land now belongs to a Japanese conglomeration who have other plans for the land.

Faced with opposition from all sides, the family doggedly sticks to their plans and eventually wins over the locals, making the venture a true “cause.”

Bill Pennington, the voice of the everyday golfer, has traveled the globe in search...