A links of unparalleled originality, the Lahinch Golf Club was born in 1892 when Scottish officers of the Black Watch Regiment stationed in Limerick, came upon a vast expanse of duneland on the edge of the small seaside resort town of Lahinch and decided to build a golf course. Their original layout only skirted the site’s heavy sandhills but in 1894 it was re-designed by Old Tom Morris.

Morris regarded the links as one of the finest natural courses he had seen and pushed more of it into the dunes. Westward Ho! professional George Gibson later added a few more beachside holes but the most significant phase in the development of the course came in 1927 when Dr Alister MacKenzie moved all eighteen into the heavier coastal dunes, added a number of new green sites and stretched and modernized the layout.

The Lahinch that gradually rose to international prominence was a combination of the work of all these designers. Her most famous holes, the Dell and Klondyke, were both by Morris while the flowing routing, strategic driving lines and wonderfully intricate, and unconventional, green complexes were a result of MacKenzie’s ability to successfully tie together his own ideas with Gibson and Morris’ best moments.

Overlooking the stunning County Clare coastline, the course first plays along the sea toward an estuary that dissects the site, before heading back along the main coastal road into town. After a solid opening the first hint of brilliance comes at the 3rd, an awesome driving hole over a large dune slope that turns seaward and follows a succession of humps and hollows into a clever plateau green. Next are Klondyke and Dell, unmistakably Lahinch these two Old Tom originals are amongst the most famous holes in Irish golf. The Klondyke is played from a coastal ridge into a narrow valley, which then leaves you a completely blind second over the immense Klondyke sandhill to a green resting against the boundary wall. It is followed by perhaps the only hole in golf more distinctive, the famous Dell, Lahinch’s signature since 1894 and still as controversial as ever. The tee shot here is little more than a short-iron but the shallow target is nestled between two steep dunes and totally hidden, with just a white rock atop the frontal dune to indicate where the pin is located.

Debate still rages as to whether these are quality or just quirky golf holes, but there is absolutely no denying that each of the 6th, 7th, 11th, 12th and 14th are outstanding. As is the reachable par four 13th, which is the most ingenious of MacKenzie’s work. Nestled among dangerous sandhills, the green is an awfully tempting target but the successful drive needs to negotiate a narrow central fracture and flirt with a huge pit in order to reach its angled surface. The ‘Sandwich’ style 9th hole is another gem, this time rising up a slanting fairway and then heading into a slender shelf green cut into an undulating hillside. Although a couple of the closing holes are a little lacklustre, the entire journey is an extremely strong challenge and the course is full of fun and surprise.

Over the decades the club has had problems with coastal erosion and also lost various elements of its design, often during ill-advised remodeling projects. In 1999 they decided to reverse this trend and employed Martin Hawtree to put as much MacKenzie back into Lahinch as he could squeeze into the remaining dune areas. Completed in 2003, the upgrade was substantial and involved work on thirteen holes including two new par threes and thankfully the restoration of several MacKenzie greens that had been softened over the years. The Hawtree program has been a success and what works best about the modern Lahinch is that despite the differing design influences through the decades, the course still manages to provide a coherent test with few, if any, commonplace holes and several which are candidates for inclusion among any greatest golf hole discussion.

Lahinch is to Irish golf what North Berwick is to Scottish golf, not the birthplace of the sport but the absolute embodiment of everything great about the game here and a spiritual base for the passionate links aficionado. It may not be the best course in the world but those unimpressed by the Lahinch layout ought to stop their search for great golf, as the game doesn’t really get much better than this. 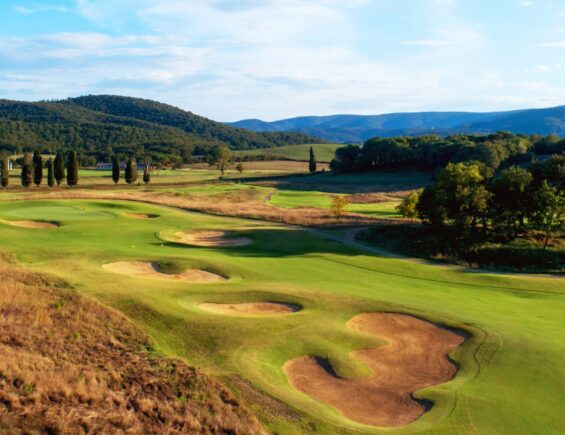 The Royal Golf La Bagnaia, Siena in Tuscany, offers fans of this sport an...

Williamsburg National Golf Club is open to public play but also has club memberships available. The...