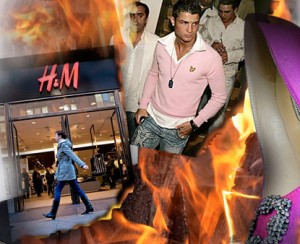 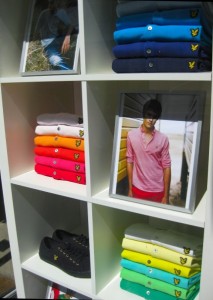 The new Lyle and Scott store in Covent Garden London just goes to show how golf fashion from the fairways has moved onto the high street.

The scotish based brand are now as favoured by celebrities such as rock bands The Artic Monkeys, Kaiser Chiefs and the world’s most expensive footballer, Cristiano Ronaldo, as they are by Ronnie Corbett and his showbiz golfing pals.

Recentley, Lyle & Scott was awarded Young Fashion Brand of the Year by Drapers magazine, the industry bible. And to encourage demand among fashion-conscious youngsters, supplies of the company’s Vintage range are restricted to select retailers such as Selfridges and Urban Outfitters. 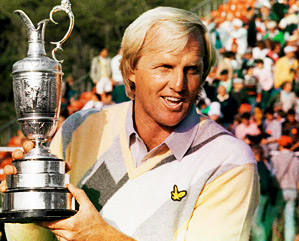 The Lyle and Scott brand which was established 130 years ago was the choice of Greg Norman during his vintage years as the world number one including when he won the Open championship in 1986 at Turnberry.
The rejuvenation of the brand can be traced back to 2003 with the launch of the ‘Vintage’ collection with its ‘Golden Eagle’ logo. It was taken up by a host of indie bands and youth TV presenters.  Following the success of the Vintage range, Lyle & Scott’s first stand-alone store opened in London’s Covent Garden on King Street and if you ever get the chance you should take a look.

Ultra–premium wedges designed by Roger Cleveland himself. (Shared from GolfPunk) Callaway has today launched an...

Shared from Trendy Golf Magazine Kjus aims to develop the most technical golfwear. No...