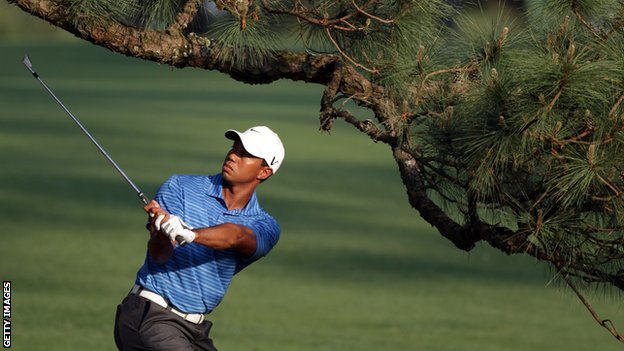 Augusta National has been forced to adapt its 17th hole ahead of this year’s Masters after an iconic tree had to be removed because of storm damage. The Eisenhower Tree sat to the left of the 17th fairway and was an obstacle for players positioning their tee shot.

“The loss of the Eisenhower Tree is difficult news to accept,” said Billy Payne, chairman of Augusta National.

He revealed the rest of the course suffered no damage, with the 78th Masters due to start on 10 April.

The Eisenhower Tree – thought to be more than 100 years old – was badly damaged during an ice storm last week and removed after Augusta National consulted arborists.

Jack Nicklaus, a six-time Masters winner, said: “The Eisenhower Tree is such an iconic fixture and symbol of tradition at Augusta National. It was such an integral part of the game and one that will be sorely missed.”

Sometimes referred to as Ike’s Tree, the loblolly pine became known as Eisenhower’s Tree after US President Dwight D. Eisenhower requested it be removed in 1956, as so many of his tee shots struck it.

Payne added: “We have begun deliberations of the best way to address the future of the 17th hole and to pay tribute to this iconic symbol of our history. Rest assured, we will do both appropriately.”

David Duval, who has finished in the top six at August on four occasions, described the news as “terrible”.

He said: “That tree made you really pay attention to where you were driving it. It made for a very narrow tee shot. You either had to go up over it or around it.” (source)

This is the first complete history of the game since the classic book, The...