Naruo Golf Club is located in the hills between Kobe and Osaka. Naruo is a private golf course and you must play with a member, among Japan’s most famous classic courses, the Naruo Golf Club was initially founded on seaside land in 1920 by British ex-pats but shifted into the untouched hills outside Osaka during 1930.

Scottish professional Joe Crane and his brother Harry designed the layout on beautifully rolling ground that included a pronounced gully dissecting the property, which proved a useful feature on several key holes. When C.H. Alison made his landmark journey to Japan he spent a week at Naruo with Harry Crane and provided the club with a report on a number of possible course alterations.

One of the features of Naruo is how both the fairway landing zones and greens around the central gully are built at basically the same level, approaches over the ravines therefore seeming more intimidating. Technology has unfortunately hurt several of the better holes, with the small greens at 3, 5 and 6, for instance, all significantly easier to approach now that the long hitter can power a drive down onto the flat valley floor.

Less effected are others like the big drawing 8th hole, played around a hill and into a lovely basin green site, or the strong par four 10th across a dramatic depression. The three finishing par fours are also very strong, the 17th the standout for a terrific approach played from beyond one ridge and up into a fabulous green atop another.

Although a few holes could do with some extra length, the club is unfortunately now landlocked, the encroaching suburbia even forcing the erection of several safety nets to protect surrounding homes.

The other pressing issue confronting the modern Naruo Golf Club is the dense Korai grass on its greens, which is terrible to putt on and offers no real challenge to good players missing targets. Despite these problem areas, the land here is interesting and the design mostly very good thus making a round at Naruo well worth the journey.

Set in the beautiful and serene Tyne Valley, minutes from Newcastle and nestled between... 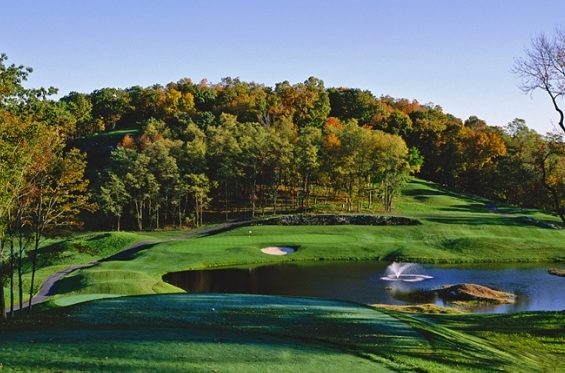