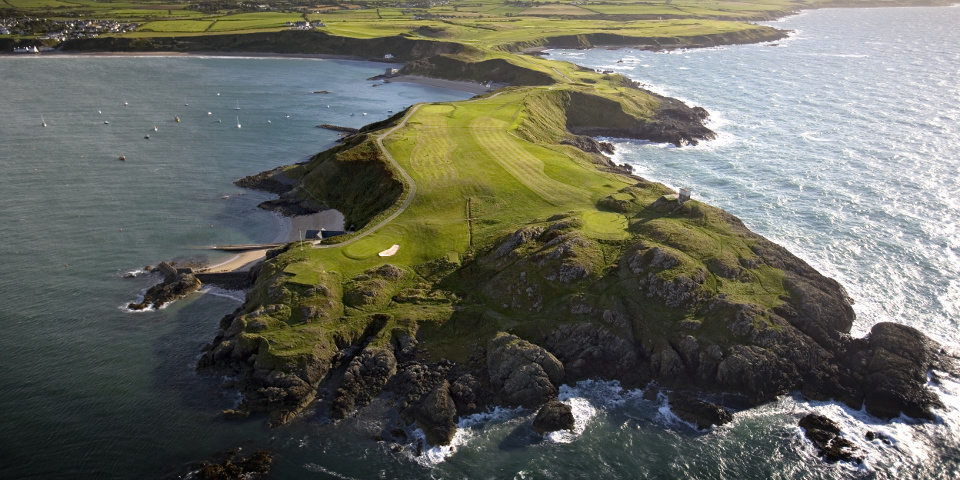 Nefyn is dramatically located on the cliff tops at the foot of the Porthdinllaen headland, a tiny promontory that juts out from the Lleyn Peninsula into the Irish Sea. In terms of sheer exhilaration, Nefyn is Wales equivalent of Ireland’s Old Head of Kinsale. This is literally golf on the edge of the world and it makes the adrenaline pump.

Nefyn and District Golf Club was founded in 1907, originally as a nine-hole course and in 1912, it was extended to 18 holes. Two of the great triumvirate, J.H.Taylor and James Braid were commissioned in 1933 to add a further nine and to revise the existing course. 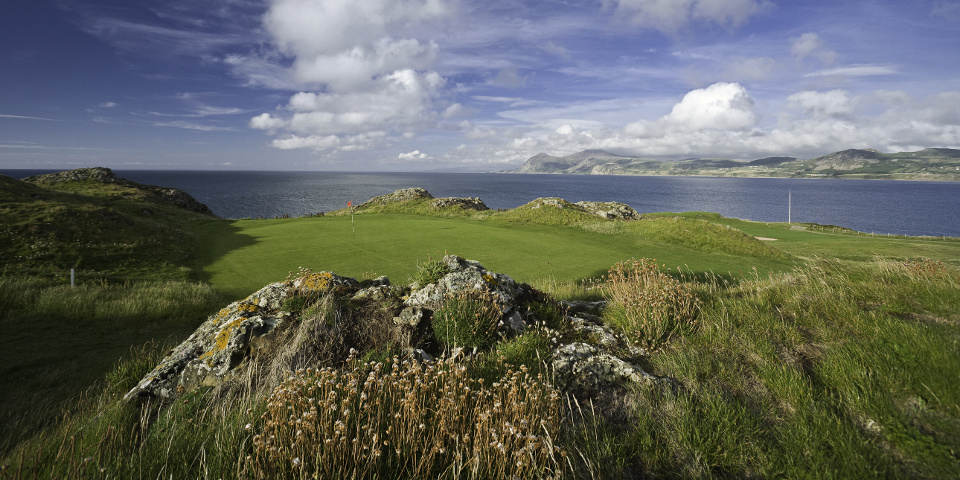 Today’s layout at Nefyn is extremely unusual because only 26 holes are now in play. The course now comprises; 10 outward holes and two separate inward 8 holes. They call the two courses the Old and the New. This rather strange configuration makes life somewhat challenging for the first time visitor. Club members use the New course for their competitions but most visitors elect to play the Old course because it’s these spectacular cliff edge holes that are at times quirky but frequently jaw-dropping. 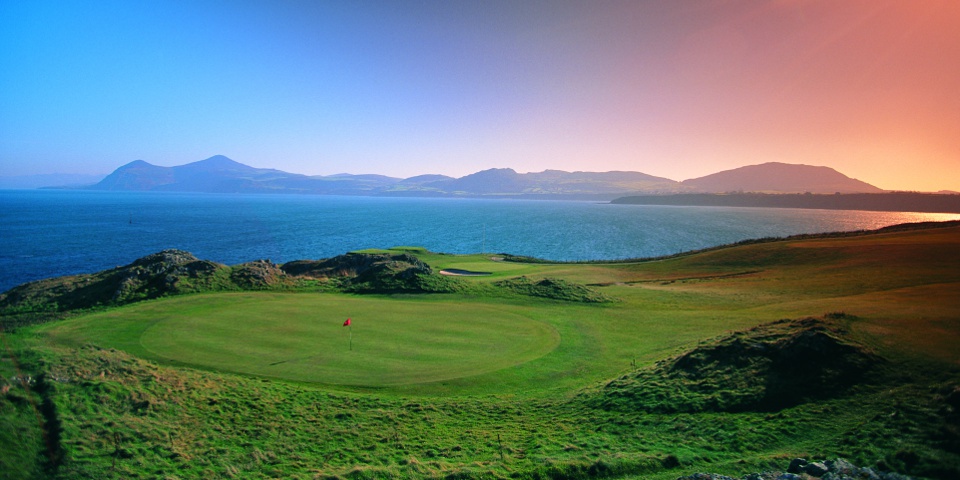 There are only a few seaside courses where you can see the sea from every hole, but you sure can at Nefyn. Not only is the sea in view, but also on a clear day, you can spot peaks of the Wicklow Mountains across the Irish Sea. The opening hole takes you away from the clubhouse to a series of cliff-top holes on the edge of the headland. There are blind drives, strategically placed bunkers, thick rough and, of course, the ever-present wind to contend with. 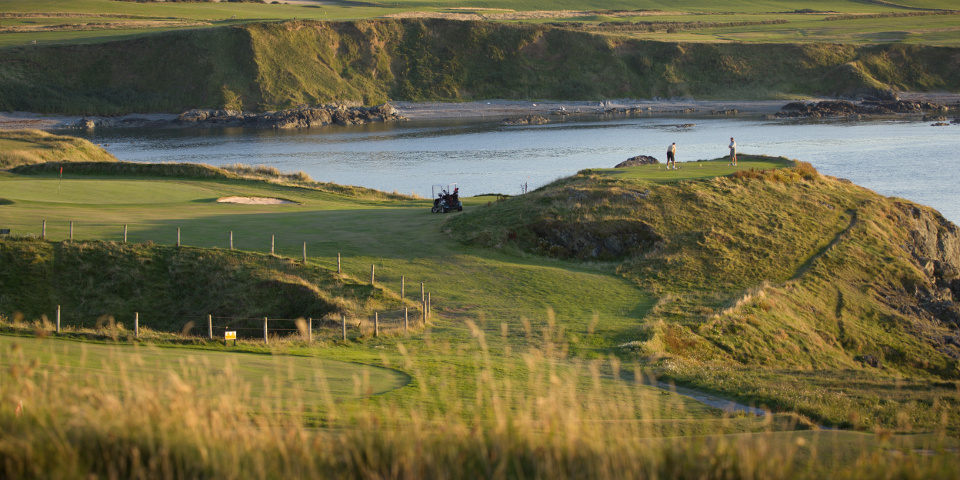 The back eight holes on the Old course play along the peninsular, providing spectacular views across the cliffs and the bay. After the par four 15 you will find a footpath down to the Ty Coch Inn, located on the beach at Porthdinllaen. A quick beer here on the pub’s famous wall, with the soothing sound of the sea and the glorious view across the bay to Mt. Snowdon, will set you up nicely for the closing three holes.

It is rare to find a course that affords a view of three countries...

Why stop playing golf when it’s dark? If it is a cool night, the...