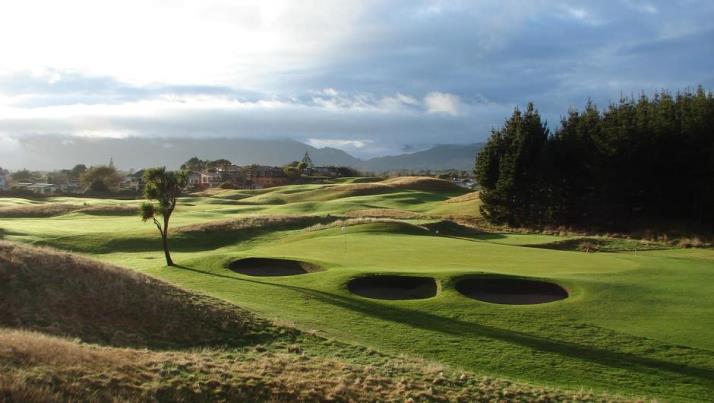 Paraparaumu was designed by Alex Russell an Australian Open champion who co-designed one of the world’s great golf courses, Royal Melbourne, with Alister MacKenzie. The course opened in 1949, 23 years after Royal Melbourne, Paraparaumu is a true links course with the the feel of a course in the British Isles, although the weather is decidedly better here. Similar to Royal Lytham & St. Annes, you never actually see the water while playing; there are a half dozen blind or semi-blind shots, including the 1st tee shot, and holes with some interesting greens, including the 11th, which is a punchbowl. 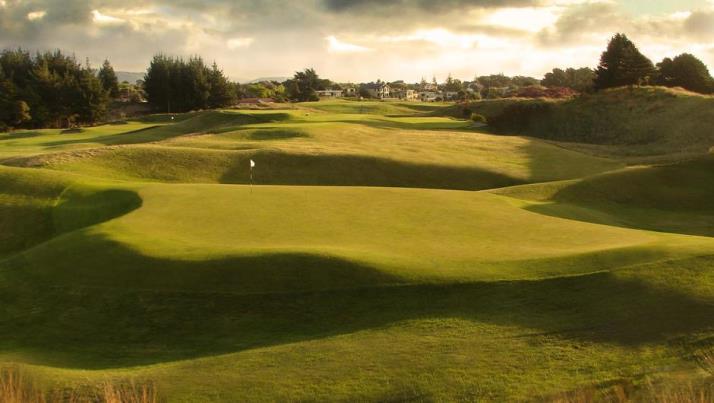 A collection of short par 4s, the 6th, 8th and 10th take full advantage of the dramatic natural land forms. They make up for their lack of length and bunkering by using the natural contours of the true links land, placing a premium on shot accuracy. 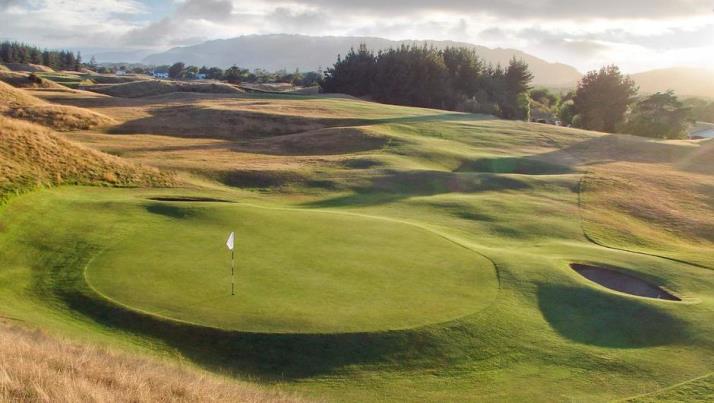 One of the defining characteristics of the course is its appropriate sense of scale, with a continual change in hole direction. The dunes are perfectly proportioned, and Russell routed the course among them with skill. The front nine is routed further from the sea, which is about 500 yards away at its closest point. The front nine is nearer the water, with all but two holes on the course designed to play in a cross-wind. 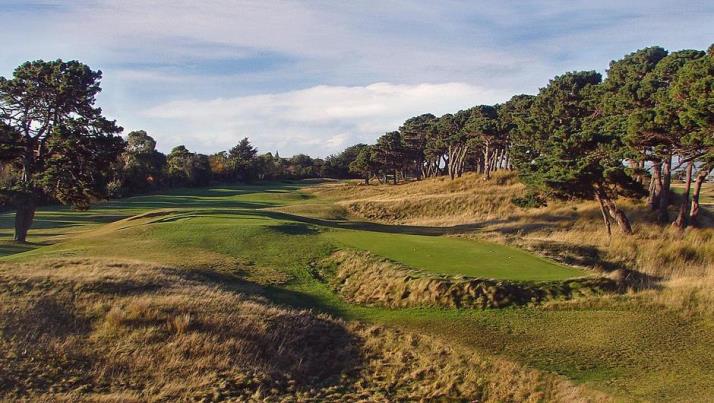 The back nine features two world-class long par 4s. Hole 13 is the most challenging on the course and is a 448-yard par 4 that features a dramatic tee shot from an elevated tee. The second shot is the crucial one, since you play over a large swale to an elevated back-to-front sloping green. The prevailing wind is at your back on this hole, and as is often the case on links courses, holes playing down wind can be more difficult to judge distance on. The approach to the 13th is particularly difficult because you have to factor in the severe uphill with the wind. 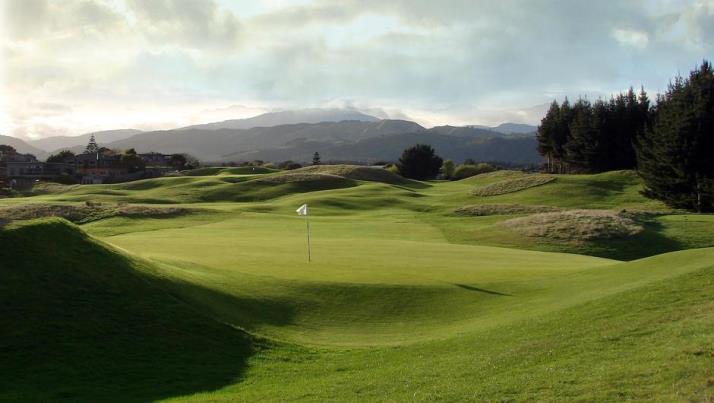 The difficult seventeenth offers a choice of fairways off the tee. The hole is a renowned one. It was selected as one of the 100 best by The 500 World’s Greatest Golf Holes, and Golf’s 100 Toughest Holes also lists 17 as one of its selections. The 442-yard hole features a choice of two fairways, both set at an angle off the tee. With a breeze coming off of Cook Strait and the Tasman Sea, choosing the correct combination of fairway and distance makes the 17th a real test. The hole features another tabletop green that falls off sharply in the back. The genius of the hole is that by giving so many choices and no clear line to hit on off the tee, Russell ends up creating doubt, which is the last thing a golfer needs when teeing up a ball. 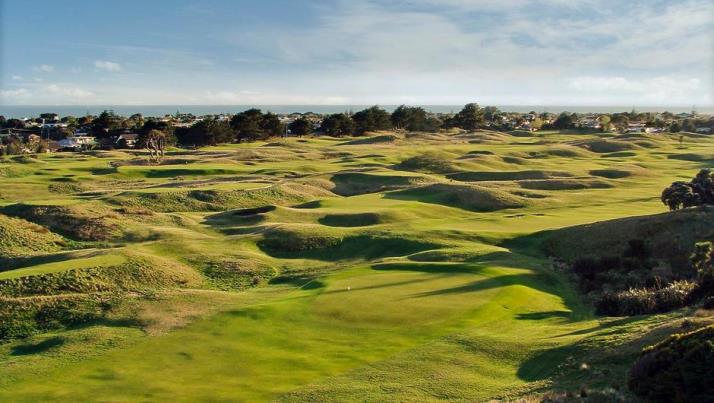 No golf trip to New Zealand would be complete without visiting this classic links gem. A lot can be learned about how to make a golf course challenging and interesting by using hilly land forms and dunes as hazards instead of bunkers. 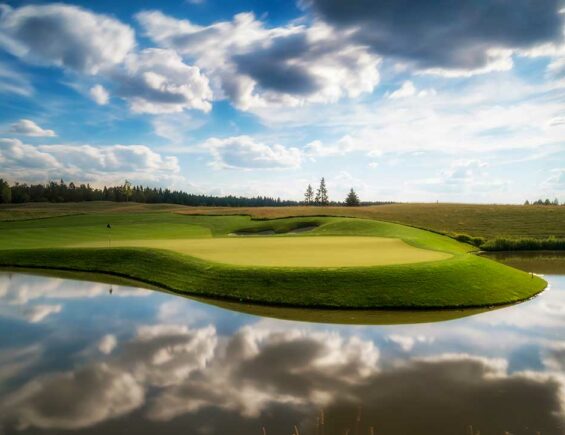