Penina Golf  Course was the first course to be built in the Algarve, Portugal. Located in a pleasant 360-acre estate midway between the traditional fishing village of Portimão and the historic town of Lagos.It is a Championship Course and is considered to be the masterpiece of Sir Henry Cotton, triple champion of the British Open who became a golf architect and was one of the first golf enthusiasts to recognize the Algarve’s huge potential as a golfing destination. The quality and the success of this course encouraged the subsequent construction of many other courses that now exist in the region. 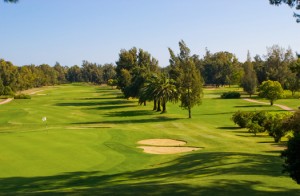 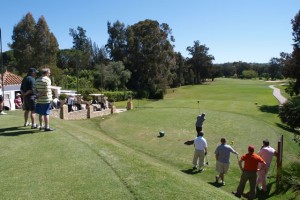 The championship course opened in 1966 and has been completely rebuilt during 1994/95, maintaining its main original features. It is a fairly flat parkland type course with almost four hundred thousand trees, plenty of water, many bunkers, with wide greens and a vast tee area, making this a real championship course. The Penina layout is a fairly traditional design of two loops of 9 holes; however, untraditionally the course is a par 73 with only one par five on the front nine holes and four on the back nine. With the sun shining as it often is and the smell of eucalyptus in the air from the many trees the golfer could be mistaken for thinking that they were in for a nice relaxing round. This would be a mistake. From the very start of the round, the quality of the course and the test the golfer is going to be subjected to is much in evidence. 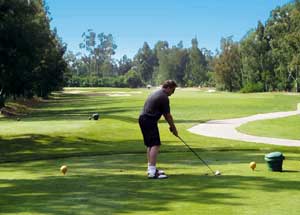 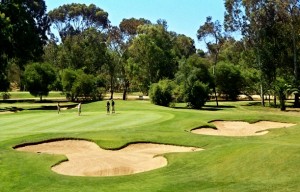 Penina also features two 9 hole courses by Sir Henry Cotton: The Resort Course, a pleasant Par 35 with 2,987 metres; and The Academy Course, a Par 30 with 1,851 metres.

As part of a sumptuous resort developed in the 1970s by the Aga Khan,... 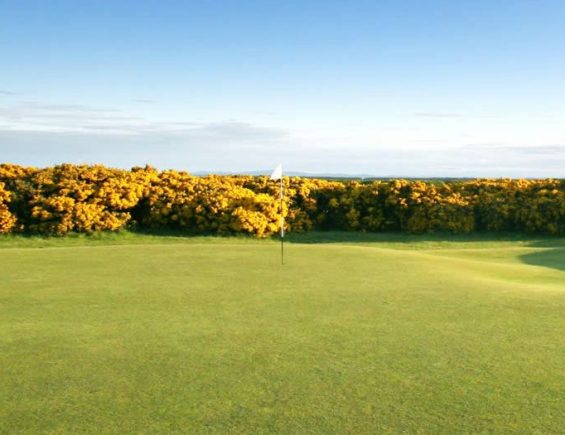