Designed by Jack Stallings/Roger Evans, the North Star Golf Course in Fairbanks, Alaska, U.S.A. opened in 1993; featuring 6,521 yards of golf from the longest tees for a par of 74 the course is not only the Northermost golf course in America, but also the most unique.

North Star may be the only golf course that includes an animal checklist on its scorecard; this is because of the unusual and ever-changing lay of the land but also due to the likelihood that you will share the golf course with any of a host of wildlife species that call Alaska home. They even have a local rule stating that “When a raven or fox steals a golf ball, a replacement may be dropped without penalty at the scene of the crime.”

North Star is underlain by permafrost, creating an ever changing pattern of dips, swales, and mounds reminiscent of the great courses of Scotland. No two shots are alike at North Star, which generates great interest and variety as a golfer progresses through the links. The number 8 green, once flat, is now one of the world’s most undulating, yet playable greens anywhere.

The North Sound Club is the only 18-hole championship golf course on Grand Cayman... 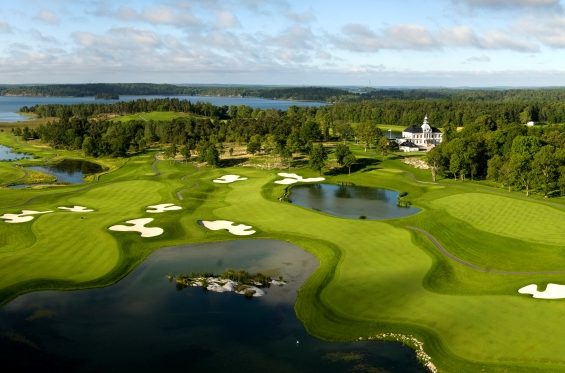