While the sport typically conjures up thoughts of manicured greens and collared shirts, some rounds of golf are a little more extreme. If you want to raise the stakes and your adrenaline level consider visiting Camp Bonifas Golf Club. 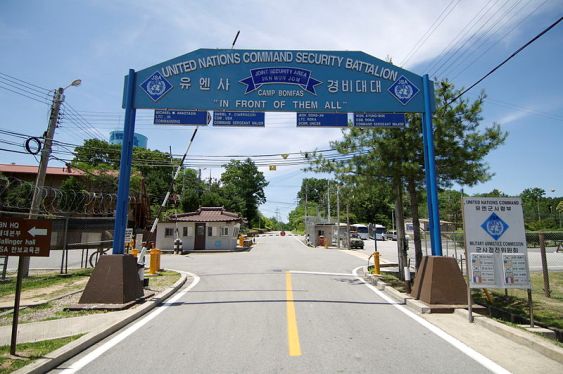 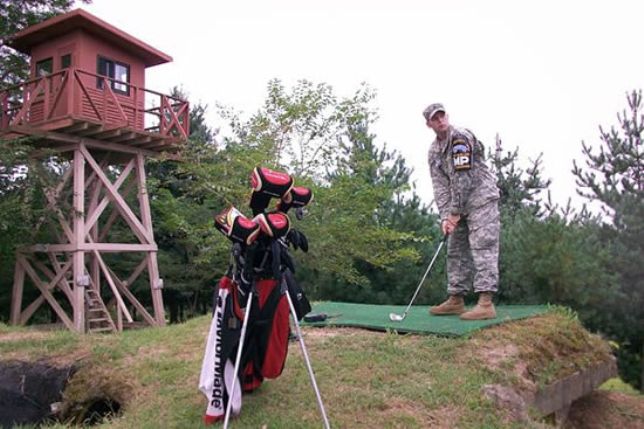 Camp Bonifas was home to the United Nations Command Security Battalion – Joint Security Area, whose primary mission was to monitor and enforce the Armistice Agreement of 1953 between North and South Korea. Republic of Korea and United States Forces Korea soldiers (known as “security escorts”) conduct the United Nations Command DMZ Orientation Program tours of the JSA and surrounding areas. The camp has a gift shop which sells DMZ- and JSA-related souvenirs. 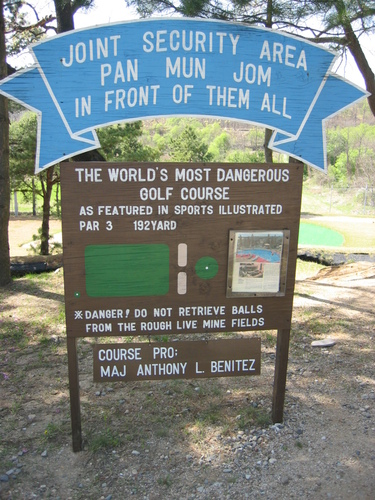 The camp, formerly known as Camp Kitty Hawk, was renamed on August 18, 1986, in honour of U.S. Army Captain Arthur G. Bonifas (posthumously promoted to major), who along with 1LT Mark T. Barrett, were killed by North Korean soldiers in the “Axe Murder Incident”.

There is a par 3 one-hole “golf course” at the camp which includes an Astroturf green and is surrounded on three sides by minefields. Sports Illustrated called it “the most dangerous hole in golf” and there are reports that at least one shot exploded a land mine.

Kevin Sullivan of The Washington Post reported in 1998 that Camp Bonifas was a “small collection of buildings surrounded by triple coils of razor wire just 440 yards south of the DMZ” that, were it not for the minefields and soldiers, would “look like a big Boy Scout camp.”