The 2014 Irish Open will return to Cork for the first time in 12 years after confirmation that the magnificent Fota Island Resort, which was recently purchased by Chinese investors The Kang Group Worldwide, will become an Official Sponsor as well as host venue of the Championship. 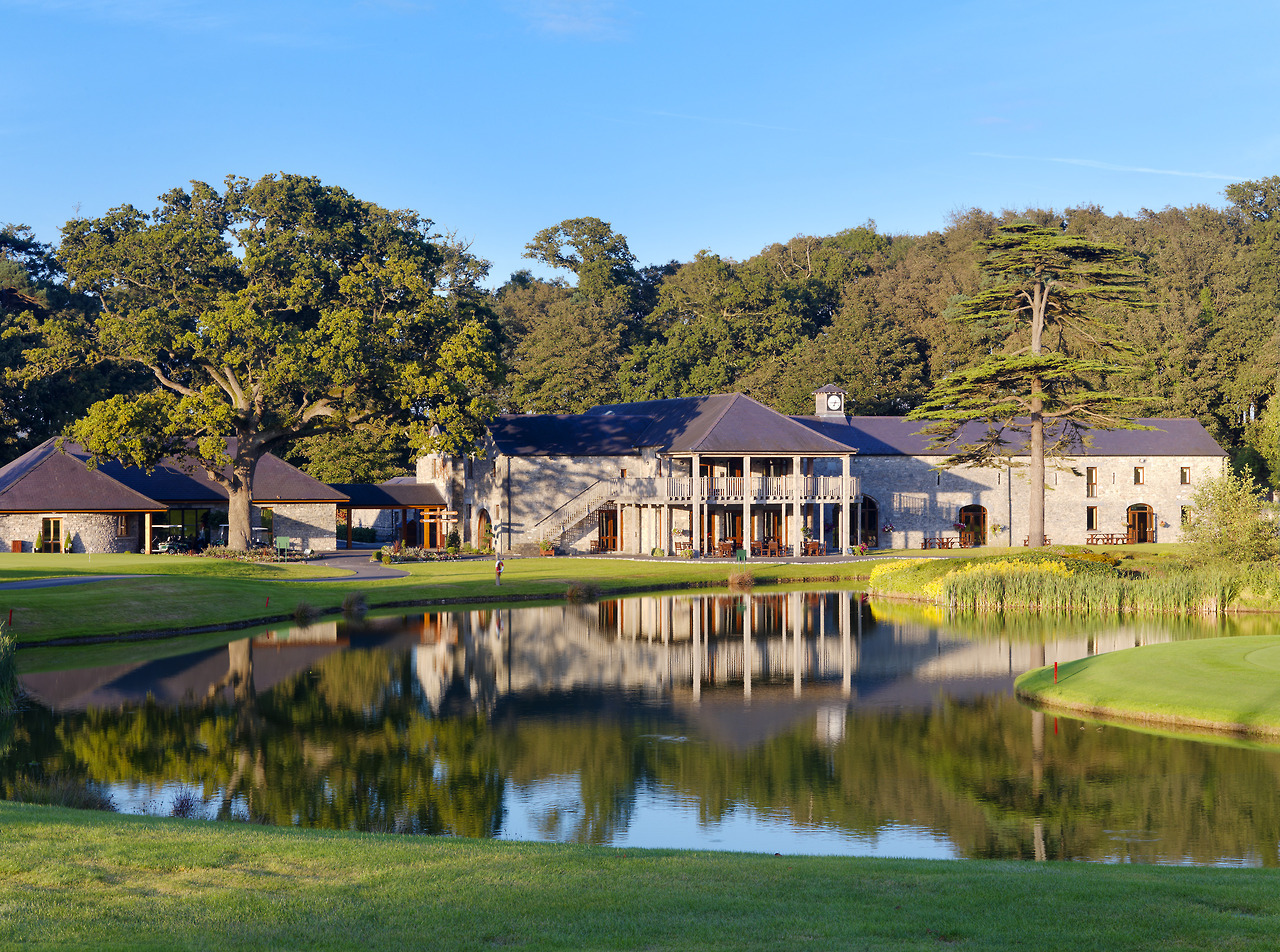 The Irish Open was last played in Cork – the country’s most southerly county – in 2002 when Denmark’s Søren Hansen took the title at Fota Island. The Resort also hosted the Championship in 2001, when Colin Montgomerie won the last of his three Irish Opens.

The presence of The European Tour’s new generation of stars, led by Rory McIlroy, will deliver a significant boost to the region, and the World Number Six and double Major Champion is looking forward to the challenge of Fota Island’s Deerpark Course from June 19-22.

“I think it is great news that the Irish Open will be played at Fota Island,” said McIlroy who ended his 2013 season with victory in the Emirates Australian Open last month.

“The country’s National Open should be moved around to give everyone an opportunity to see the event, and it also gives us the chance to show the world just how many amazing courses there are in Ireland.

“Fota Island will be an exciting venue for the Irish Open, and exactly the kind of place to showcase what Ireland has to offer as a golf destination.”

McIlroy’s views were heartily endorsed by other leading European Tour players, including Ryder Cup captain Paul McGinley, who said: “I’m delighted that Fota Island is going to host the 2014 Irish Open. The players will love the golf course and everyone involved with the tournament will also enjoy the craic on offer in nearby Cork, Ireland’s second largest city.”

Jonathan Woods, Chief Executive Officer at Fota Island Resort, said: “Since the last two occasions Fota Island Resort hosted the Irish Open, back to back in 2001 and 2002, so many significant investments and developments have taken place at the Resort itself and with our golf courses and facilities.

“We are delighted to have the opportunity to reintroduce the players, the public and the world’s media to Fota Island Resort, and to what is now a world-class, international golf venue. The Irish Open will be an enormously important event for tourism in Cork and the surrounding area, which is not just an added bonus for Fota Island Resort but for the whole region too.”

Kevin Morris, Director of Golf at Fota Island Resort: commented: “Our team are delighted to welcome back many players as well as other first-time players to Fota Island Resort for this year’s Irish Open. Our venue has proved so popular with the players previously, and I am very much looking forward to seeing the response to the many sophisticated improvements we have made at Fota Island Resort in recent years.

“I’m also happy to see such a welcome to the selection of venue from players like Rory McIlroy, Paul McGinley, Padraig Harrington, Darren Clarke and Paul Casey, all with such positive, generous things to say about Fota Island Resort and the great decision to host the Irish Open here. It’s going to be a fantastic tournament.”

Ireland’s Minister for Transport, Tourism & Sport Leo Varadkar described the Irish Open as ‘a pivotal event for sport and tourism in Ireland’.

“Golf is one of Ireland’s most important tourist activities. Around 160,000 overseas visitors take part in golf during their visit to Ireland every year, contributing €202 million to the economy. The Irish Open is a great advertisement for Irish golf, showcasing our beautiful scenery, world class courses and facilities and warm and friendly people. And this year we can look forward to watching the event at one of Ireland’s most beautiful golf courses in Fota,” Minister Varadkar said.

With more than 400 courses on the island, including over 30% of the world’s links courses, golf is a significant draw for overseas visitors to Ireland and Fáilte Ireland view the Irish Open as a significant vehicle for marketing the country to golfers all around the world.

Minister of State for Tourism & Sport Michael Ring said: “Failte Ireland remains committed to the Irish Open and fully appreciates its value in terms of global advertising and exposure. Both Fáilte Ireland and Tourism Ireland are working together to promote the island of Ireland overseas as a golf destination, and as the home of golfing champions. With the renaissance in Irish Golf over the last decade, the Irish Open is a superb opportunity to show just what Ireland can offer to golfers.”

The Lord Mayor of Cork, Cllr Catherine Clancy, commented:  “Cork City Council is delighted to be associated with the securing of this event for Cork through the provision of financial support from the Council’s Economic Development fund.

“The staging of the 2014 Irish Open in Fota Island will see significant short term and longer term tangible benefits to the city from the event itself and the strategic marketing messaging that will present Cork throughout the world as a place to visit through our association with the event.

“I remember when the event was last held there over a decade ago, and how the Cork people supported the event with such pride and enthusiasm.  I’m certain we can expect such a response again this year from the golfing fans. I am sure that that combination of a wonderful venue, a top class playing field, loyal supporters and the support of sponsors for this event will ensure that the Irish Open 2014 will be extremely successful.”

Cllr. Noel O’Connor, Mayor of County Cork, expressed his delight at the announcement that Fota Island Golf Resort had secured the contract to host the Irish Open golf tournament next June.

“The 2012 event at Royal Portrush smashed European Tour attendance figures attracting 131,000 visitors and if the event in Fota can attract close to those figures, it will mean a massive spin off for the Cork region,” he said.

Cllr O’Connor said he was proud of the fact Cork County Council was in a position to support the staging of the event through its Economic Development Fund and added: “The Irish Open in Cork will provide a massive opportunity to showcase Cork as a place to visit to a global audience through worldwide television coverage over the four days of the tournament.”

As well as the support of Cork’s City and County Councils, there has been further investment in the tournament from the private sector with BAM Contractors becoming an Official Sponsor to the 2014 Irish Open.

Theo Cullinane, Chief Executive of BAM Contractors, said: “BAM is delighted to join with Cork City and County Councils in partnering with the Irish Government and Fáilte Ireland to sponsor this fantastic sporting and tourism initiative. The Irish Open in Fota will showcase the Munster region to a worldwide audience and will be a major boost for businesses in Cork. We look forward to playing an active role in supporting what promises to be Ireland’s sporting highlight of 2014. The region is well geared to cope with the significant numbers who will attend the event, with major infrastructural projects having been completed in recent years, many of which BAM has delivered.”

George O’Grady, Chief Executive of The European Tour, said: “It has been a busy few days in Ireland and we are delighted to make this announcement regarding the support of Fota Island, Cork’s City and County Councils as well as BAM Contractors.

“Having hosted two Irish Opens at the Fota Island Resort, we know the Irish Open will have a fitting home at this superb venue.

“The new owners of the Fota Island Resort – The Kang Family – have impressive ambitions.  By securing the 2014 Irish Open they will now be able to showcase their resort and the beautiful surroundings of County Cork to the world via The European Tour’s global television network.”

Advance tickets for the 2014 Irish Open are on sale now at a special promotional price of €25 for Adult Day Tickets and €50 for Adult Season Tickets (concessions €15 and €30).

A limited number of tickets at those promotional prices – saving up to €10 for a day pass and €20 for a season – on the gate prices are currently available on a first come first served basis. Golf fans are encouraged to apply now for tickets on www.europeantour.com/tickets or www.irishopen.ie (source)

The origin story of the most monumental golf event in the world. Held the...