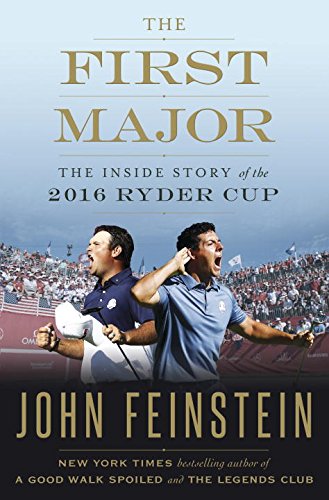 The #1 New York Times bestselling author of A Good Walk Spoiled returns to golf with a riveting inside look at the 2016 Ryder Cup—the mega-tournament pitting the United States against Europe, and one of the most exciting and highly watched tournaments of all time.

As a golf tournament, the Ryder Cup is unique—pitting the greatest American and European golfers against one another in a contest that emphasizes team over individual victory. Tensions have flared in recent years as the Europeans have dominated the tournament—setting up the fierce showdown of the 2016 Ryder Cup. As a #1 New York Times bestselling sports journalist John Feinstein had a tee-side spot and personal access to all the players from both sides. What results is a riveting book that covers a superb tournament, played in the United States for the first time since 2008 (at Hazeltine National Golf Club in Minnesota).

In true Feinstein style, he takes readers through the team selection, preparation, travel, and, with incredible detail, the riveting matches among the very best players in the world. From Rory McIlroy to Jordan Spieth, Dustin Johnson to Phil Mickelson, Feinstein delves into the side stories and skirmishes, the camaraderie and challenges that ultimately led to a superb tournament for the American team. Feinstein’s mega-bestseller, A Good Walk Spoiled, set the bar for golf books, and golf fans will now have the type of inside story that prompted The Boston Globe to call Feinstein “the best writer of sports books in America today.”