Situated along the north shores of Kauai, Makai Golf Club was the first resort course on Kauai and one of only two 27-hole layouts in Hawaii. Robert Trent Jones Jr. designed the course, which opened in 1971 and he redesigned it in 2009. The renovation made the course even more challenging by reconfiguring the green complexes, adding length to some holes, and reshaping the bunkers. 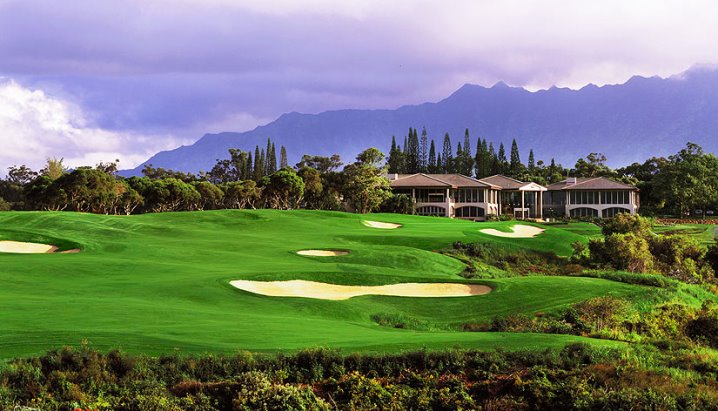 Carved into a sloping hillside, perched high above the Pacific overlooking the beautiful Hanalei Bay the now known as The Prince Course is now 18 distinct holes comprised of the former “Ocean’ and ‘Lakes’ nines. The remaining nine holes, known as ‘Woods’ is now a nine-hole course which appeals to new golfers, novice golfers, families and those who play the game on a more casual basis. 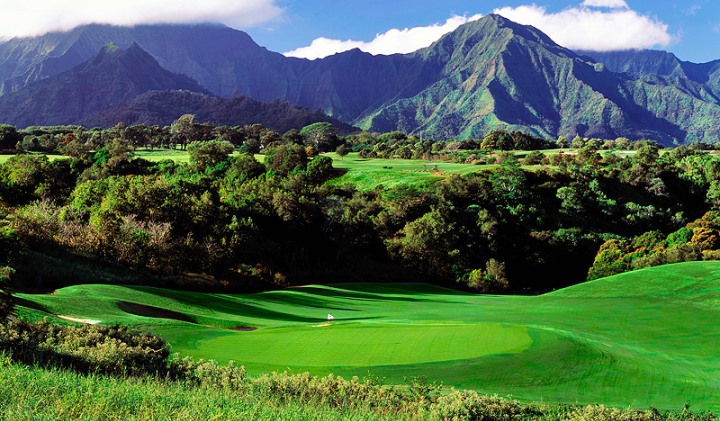 The Prince Course winds it way around serene lakes, native woodlands and the spectacular coastline with views of Bali Hai and Hanalei Bay. The course plays to a par 72 with four different sets of tees that can be stretched to more than 7,200 yards from the tips.

Every golfer has their own pick for best nine. The back nine (formerly ‘Lakes’) is the most diverse. The front nine’s (formerly ‘Ocean’) signature hole is the par-3 at No. 3, overlooking the serene waters of Hanalei Bay and featuring an elevated tee to a water-protected green, 100 feet below. Another scenic challenge appears at the par-3 cliff-side 7th hole, featuring a blind carry over the crashing surf below from both the middle and back tees.

The Woods Course is the most inland of the original three nines and features more trees and a mostly level layout that features the original Bermuda turfs of the late 1970s. Ranked as Golf Digest’s #1 Golf Course in Hawai’i and one of America’s Top 100 Greatest Courses the courses was the site of the 1978 World Cup and six straight years of LPGA Tour events from 1986 to 1991 the Makai Course’s place in golf history is secure. 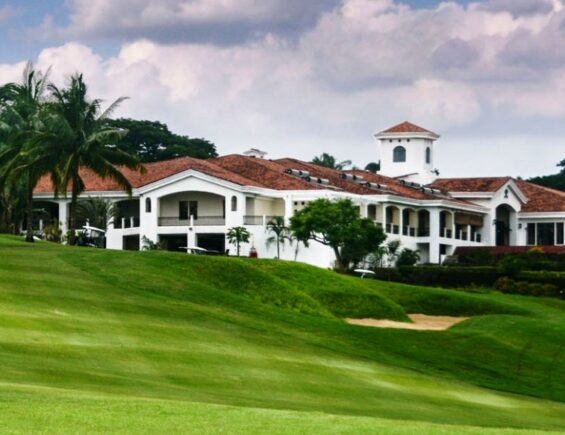 Riviera Golf Club is an exciting concept unparalleled in the Philippines for its vision...

One of Europe’s most high profile golf resorts, Les Bordes is a luxury retreat...