The centerpiece of The Powder Horn private golf club is the nationally recognized 27-hole championship course.

The original eighteen holes opened in 1997, followed by the addition of a new nine holes opened in 2002. Noted for its three distinct nines, golfers of all ages and skill levels will find a fun, challenging but fair layout. With five sets of tees to choose from, the well manicured grounds of the golf course are playable for golfers on any level. The golf course offers many spectacular views and every measure was taken to preserve the natural beauty this land has to offer.

With a nod to the game’s mecca, The Old Course at St. Andrews, the Mountain Nine features a small replica of the famous Swilcan Burn Bridge, as well as large greens, 30 sizeable sand bunkers and the open rolling terrain of a Scottish links course. Woods and wetlands surround the Old Red Barn to create target golf with Old West flair on the Stag Nine. The Eagle Nine rounds out the course, offering surprising length and creative shots within a mix of meadow and creek-side terrain. The Powder Horn also boasts two practice facilities featuring a multi-tiered putting green, large tees and short-game areas. 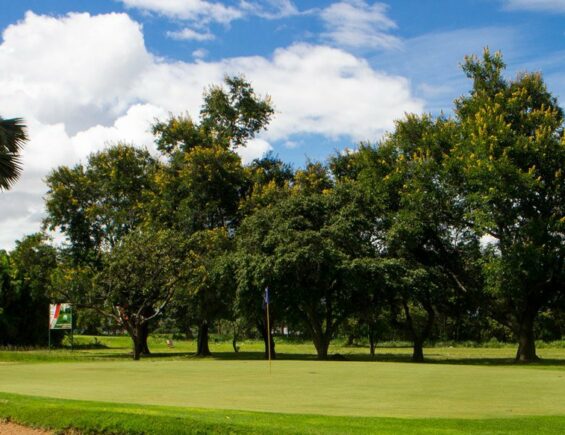 The Lusaka Golf Club club was officially opened in 1935. It initially ran from...