The Green Monkey Course is one of three courses at the Sandy Lane Golf Club. There are two 18-hole golf courses, including the Green Monkey, and also one nine-hole course. The course was designed by Tom Fazio, one of the top golf course designers in the world, and it has significantly helped Barbados establish itself among other Caribbean golf destinations such as the Dominican Republic and Puerto Rico. 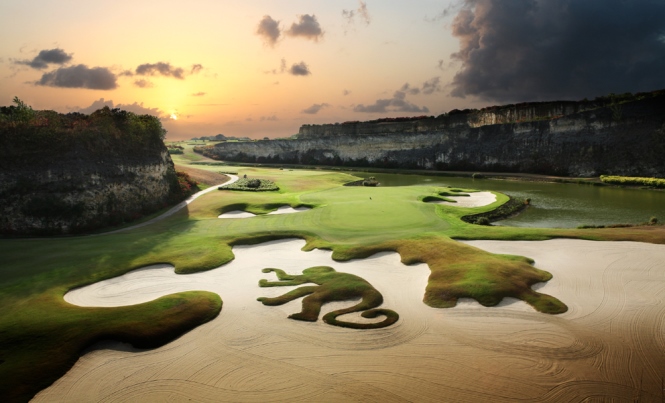 The open, well-manicured fairways and other elements of the meticulous design are evidence to the fact that this was one of the most expensive courses ever built. Carved from an old limestone quarry, exposed rock faces contrast lush, rolling greens for a unique golfing experience. 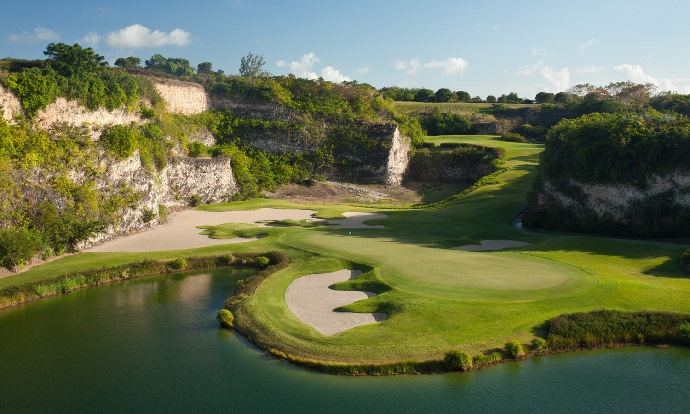 The first eight holes of the Green Monkey golf course slowly work from a relatively benign first hole into the more drama-filled abandoned quarry. Besides the quarry walls, reaching almost 90 feet high, golfers will enjoy views of the Caribbean Sea throughout their 18-hole journey. Generously wide fairways make for nice shots off the tee, but by no means is Green Monkey golf easy. 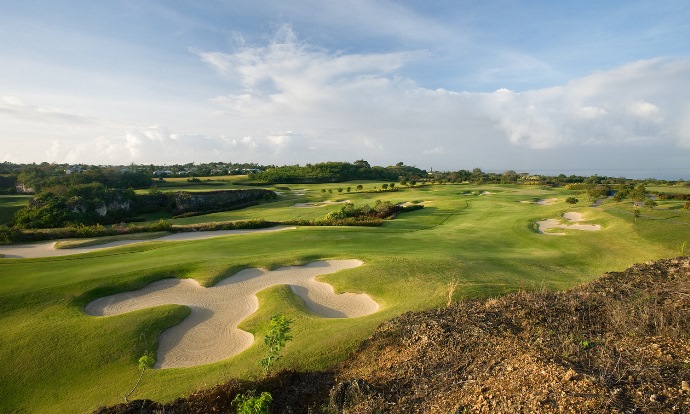 The greens can be quite complex, and depending on which tees you select, the course could run from 5,410 yards to a long 7,389. Among the Green Monkey golf course’s visually pleasing holes is the picturesque par three 16th. An accurate shot down into the quarry will be needed here, or else you might just end up in the green-surrounding bunker. You just might land your shot on the bunker’s grass island, which has been shaped like a Barbados green monkey.

The challenging layout and interesting scenery have made this course one of the most popular in Barbados.