The course was officially opened in 2002 and immediately earned the prestigious title of Golf Digest’s Best New International Course. In 2010 it held the prestigious title of European Golf Resort of the Year presented by the IAGTO (Global Golf Tourism Organization) and, in 2011, was named as one of the top 100 courses in the world by Golf Magazine. 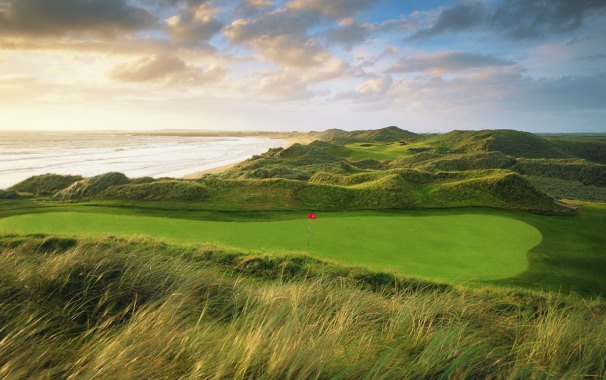 The par-72 layout features a single loop of nine holes out and nine back. It plays 6,848 yards from the back tees. Six holes play directly against Doughmore Bay while a total of 16 tees or greens afford some view of the Atlantic beyond. Many of the ambitiously shaped greens are set idyllically inside natural amphitheaters, notably at the regal par 5 opening hole, the three-shot 10th, and the long par 4 15th. 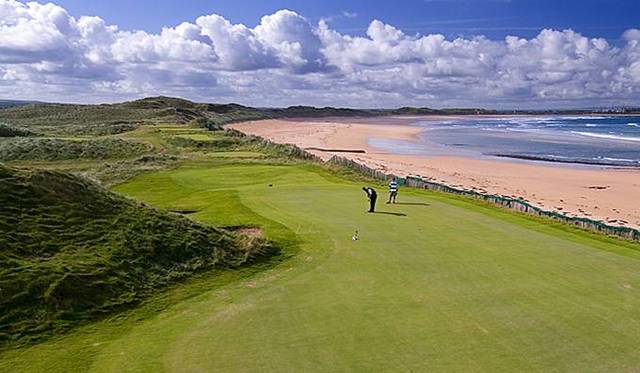 Though a undefined new links that debuted in 2002, the golf course philosophy was decidedly old school. Practically no fairway was shaped at all, so the result is a lot of natural tumble to the firm land. The course does have some modern design aspects, like five par 5s and five par 3s, as well as a bunker that sits in the middle of the green on the 12th hole (which wasn’t always the case, the green was just lengthened on the front end shortly after the course opened). The par-3 14th hole is just a chip shot at 110 yards but plays to a tiny green that sits beside a dune on the left and the beach on the right. 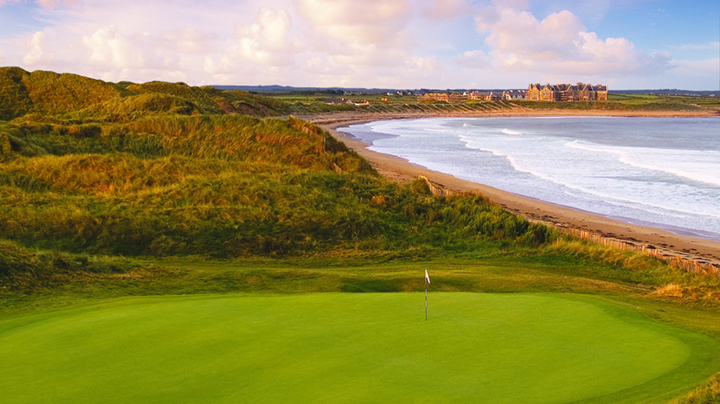 Variations in wind speed and direction ensure the course plays differently almost every day. For example, the average golfer will play from a sand wedge to a 5-iron on the 111-yard 14th. To allow for a range of conditions and abilities, most holes feature five or more tee locations.