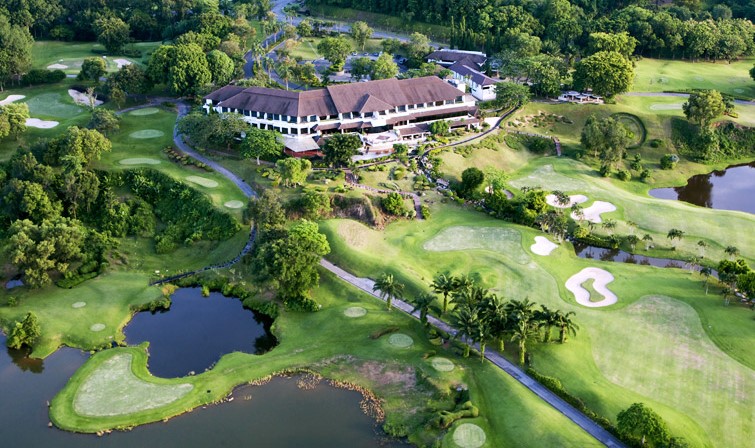 Designed by Yoshikazu Kato the course is set in an abandoned tin mine and may of the old strip mines characteristics are evident throughout the course. Streams filled with rust-colored water, canyons with sheer cliffs exposing red and white tin ore laden rock, and tailings from old mining operations are a few of the many throw backs to days of time gone by. 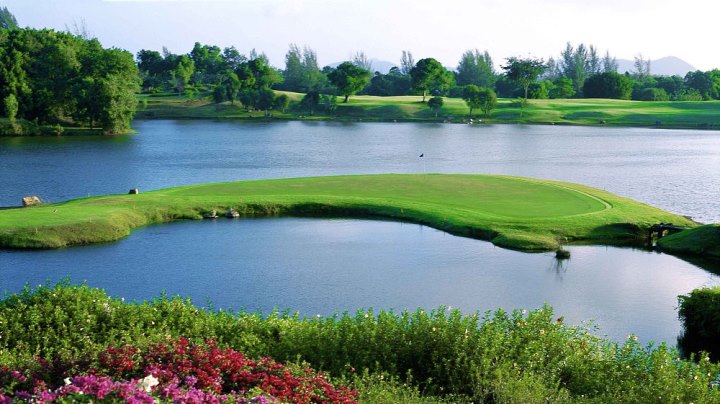 The front nice plays up and through palm-oil tree lined fairways. The back nine gets even better with holes 11-15 and probably the best five stretch in Thailand, if not all Asia. These five memorable golf holes will surely be the center of after round discussions. 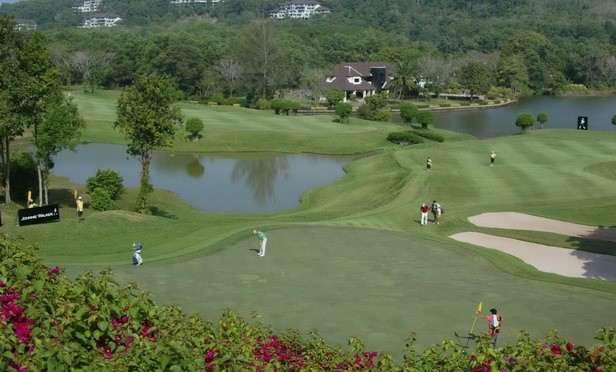 The Par 5 11th is a difficult 600 yard par 5 with water crossing the fairway on the first shot and water guarding the green left and right on the third shot. A penalty-free bogey is a good score here. The famous Par 4 13th over a huge canyon tempts the daredevil in every golfer, and the following Par 3 14th from an elevated tee to an island green is one of the most beautiful, while also challenging par 3’s for all players who tee it up and go for it. There is no bail out area and unless you’ve played the course on several occasions, trusting you’ve got the right club and gauging the wind effects is difficult.

The most exciting hole on the Canyon Course is undoubtedly the 17th, described by Fred Couples as “one of the best par threes in the world.” Play here and see why Tiger Woods considers it one of the most memorable courses he’s ever played.

The charming resort village of Woodhall Spa in the Lincolnshire countryside owes its existence...

Actress Sarah Jessica Parker is one of the celebrities confirmed for the charity golf...